The Alberta Winter Games will be hosted in Grande Prairie in February 2024.

The announcement, by minister of culture Ron Orr, was made at the Eastlink Centre on Friday (July 22).

The province says this will bring approximately $3 million in economic benefits to the area.

“Games like this really bring people to the community; the more people that know how great Grande Prairie is, the better,” said Jackie Clayton, Grande Prairie mayor.

“These games are a great way for us to have another stream of economic development, and they always in the past had been very successful in regards to the economics of the activity,” said Clayton.

“The real benefit I believe is going to come from the promotion of a healthy lifestyle, physical and social, emotional, physical, social and emotional benefits that come from the lessons of hard work, teamwork and fair play, and the creation of relationships and friendships that the youth from across the province are going to recognize as they come together to participate in the games having been there myself as a coach and watched my children do this, I know that this is the Olympics for them,” said Michael Hussey, 2024 Grande Prairie Alberta Winter Games Society chair.

Up to 19 sports with athletes aged 11 to 17 are expected to compete. The young athletes will qualify for the games through various zone playoffs and selections throughout the province.

According to the Alberta Games website, approximately 2500-2800 athletes, coaches, and officials from across the province are expected to attend.

Orr says the city has demonstrated its dedication to sport and physical activity with its “impressive sport and rec venues.”

“The list of facilities that you people have built here in Grande Prairie is incredible; I don’t know that there is another community that has done as good of a job as you have.”

Clayton said the city is a “games city” and is ready to host.

“Historically, we have hosted great events, the Canada Winter Games, the Arctic Winter games (and) we’ve hosted the Alberta Summer Games twice, we’ve hosted the Special Olympics Games, and we really get behind our community events, whether it’s a cultural event, (or) it’s a sporting event,” she said.

The province will provide the host society with a $420,000 operating grant for the games.

When the city hosted the Alberta Summer Games in 2018 the cost was approximately $300,000. It was split between the County of Grande Prairie and the city; approximately $230,000 of that were gifts-in-kind (facilities), aid city administration at the March 1 Community Services Committee meeting.

The County of Grande Prairie council decided on April 4 to support the city’s bid for the games in 2024 but made a requirement for the city to return with a funding request if the bid was successful.

In March, Beaverlodge, Sexsmith, and Wembley wrote letters in support of the city’s bid for the games but with no financial commitment at the time.

“Sports give our youth a chance to build real-life skills like team building, leadership and resilience,” said Orr.

He noted that the games would also require about 2,000 volunteers.

“These are the leaders of the future, and getting these children and the youth involved in the games is a priority of parents, but it needs to be a priority of our community in our region,” said Clayton.

“I think we’re going to see a subscription for volunteers relatively quickly, and people want to put their hand up, they want to get out in the community, they want to support, and we know in the past that our corporate donors are a significant part of this, and they’ve always been very generous.

“I think this region is extremely giving, whether it’s through volunteer time or corporate support, so I look forward to a truly successful games.”

Mayor Clayton said there is a chance for snowcross to be added to the games, which could result in upgrades to Nitehawk Year-Round Adventure Park.

“That decision hasn’t been made at this time, but I know there’s a passionate group who is looking forward to adding that to the existing amenity,” she said. 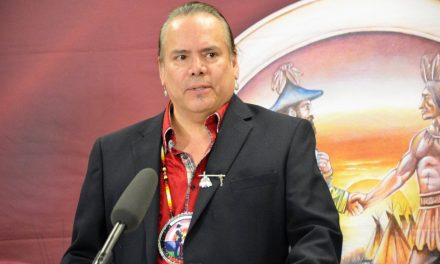 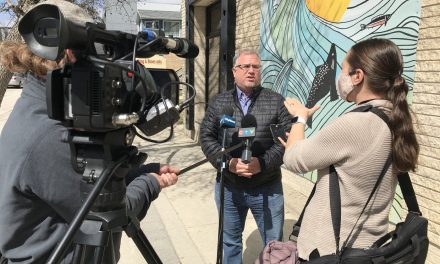