The BC Liberals say the NDP government has failed to fix the family doctor crisis and an independent review of access to urgent health care  is needed.

Shirley Bond, MLA for  Prince George-Valemount and BC Liberal health critic, called this week  for an independent audit of the effectiveness of the government’s  expanded Urgent and Primary Care Centres. Bond pointed to unprecedented  emergency room wait times, staff shortages and emergency room closures  across the province.

Their proposal comes on the heels of the  Liberals’ call for Health Minister Adrian Dix to resign in the wake of  reports a woman died waiting in the emergency room  of Lions Gate Hospital in North Vancouver last weekend. She is the  third person in B.C. to die waiting for emergency care in the last year.

Dix has said the centres  are a way to address B.C.’s shortage of family doctors while providing  consistent care and diverting patients from emergency rooms. Nearly one  million people, or one in five British Columbians, don’t have a family  doctor.

But the centres have been plagued with staff shortages, causing them to close on occasion. The BC Liberals say government reports show the care centres are, on average, staffed with about half the doctors budgeted at any given time.

Only about 20,000 patients are attached to the clinics.

“Over and over again we see that UPCCs  can’t keep staff, are falling short of their goals to attach patients,  and are too often at capacity only a few hours after opening,” Bond said  in a news release.

She said a similar system in Manitoba  created more “inconsistency in the continuum of care” and did not reduce  emergency room wait times.

“It is time for the NDP to acknowledge  these shortcomings and organize a comprehensive audit to investigate  exactly what is going wrong and determine what changes need to be made  to begin meeting the basic health care needs of British Columbians,”  Bond’s statement said.

The Health Ministry did not respond to a request for comment by publication time.

But Dix has recently defended his approach to the crisis in primary and acute care across B.C.

Earlier this month, emergency rooms in five  small Interior communities closed due to staff shortages Dix attributed  to staff being out sick.

Health authorities and the province are  working to recruit and retain more staff in smaller communities, Dix  said at a media availability in Kamloops last week.

“We’re focusing on recruitment every day in these communities,” he said.

Furstenau and MLA Adam Olsen have been touring the province to hear about the state of health care.

They’ve heard “a lot of frustration about UPCCs, from doctors and from people trying to access them,” Furstenau said.

“We know that people that have that  longitudinal care that you get with a family doctor, that that  translates into better health outcomes, less use of emergency rooms and  people getting more preventative care,” said Furstenau, MLA for Cowichan  Valley. “And the UPCCs aren’t providing that.”

But Furstenau said an audit of the centres, as the BC Liberals want, isn’t the answer.

“What we don’t need is time spent, right  now, on what’s going wrong,” Furstenau said in an interview. “We just  need to really work on the solutions that do work.”

In Furstenau’s view, that means health  professionals, not health authorities, running community care clinics.  Shoreline Medical clinic in Saanich, for example, is run by a non-profit  organization and cares for around 10,000 patients.

“We should look at that and say, ‘Let’s  replicate that,’” said Furstenau. “UPCCs should be handed over to  non-profits and doctors and nurse practitioners working as team, so that  they can be delivering health care in their communities.”

And she said if Dix isn’t willing to do  what is needed to restore the province’s health-care system, he should  step aside for someone who will.

“What’s necessary is that this government  focuses on the outcomes and on making sure that more people are getting  good care,” Furstenau said. 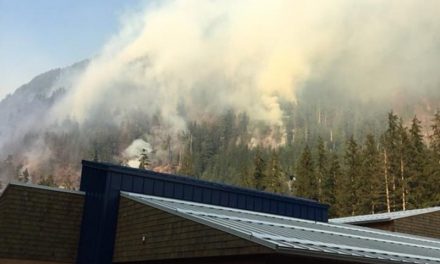