Meanwhile, council selected Utility Management and Analysis Inc. to provide energy management reporting similar to one used in the City of Grande Prairie.

“We’ll be doing an audit basically of all systems and buildings to make sure there isn’t anything that’s a huge drain somewhere,” said Kate Potter, Sexsmith mayor.

The service will provide monthly reporting on the utility usage of town-owned buildings by looking at equipment like furnaces, lighting, fridges, and other equipment to see where efficiencies may be found.

The town will only follow through with the project if it receives grants that will cover 80 per cent of the cost; that would see the town committing about $1,000 towards the project.

“No one lives solely in a community based on the services that are offered; they live in a community because that community has similar values to what they have and is also a good place to live,” said Potter.

“We want to encourage people to be able to enjoy the outdoors.”

She noted that the town has engaged in quite a few green initiatives that have benefited the community, such as the recycling program, tree planting, the solar farm as well as providing educational programing on food security of growing your food.

“Having trees along a walkway doesn’t make a huge difference in the whole scheme of things when you think of C02 emissions and carbon capture, but it does make a big difference for people who walk that street every day,” said Potter.

She said that residents believe the town’s environmental stewardship is important because it ensures that the community maintains quality of life.

The town also takes advantage of outside funding for its green expenditures.

Potter said Sexsmith seeks projects amenable to certain grants, such as the building monitoring or the solar farm.

She sees it as a win-win for the community if the town can save money for residents and help the environment.

The town’s solar farm saw a net positive of $20,500 after its first year of operation. The site powers approximately 70 per cent of the town-owned buildings.

“We did not expect to already have a positive return on it in the first year, so that was a pleasant surprise,” said Potter.

She also noted that switching to recyclable pick-up also resulted in cost savings for the town, by way of reduced staffing costs in cleaning up for former site.

“We ended up finding savings there, and really at the end of the day, it makes for a nicer community, and it saves our environment,” said Potter.

Still, she noted that some initiatives do not see a financial gain but still benefit residents.

“Trees only cost us money; there is no financial gain that is tangible from planting trees.

Potter said the town looks at the benefits to the town even if something is cost deficient.

She said that risks remain in a small town making these decisions.

All outcomes aren’t known and the news may not always be good, said Potter. Information is key for better decision making in the future, she said, citing the building monitoring project as an example.

“We might go through all our buildings and say, you know what, right now they are as energy-efficient as we can afford them to be,” said Potter.

She also pointed toward the town’s commitment to the solar farm.

Potter said that other communities wondered how a small town like Sexsmith could take a considerable risk of a solar farm.

She explained it was an educated and calculated risk, but even if the town didn’t make its money back immediately, the community would see the benefits.

Potter believes it sends a message that small communities can also do their part.

“You don’t have to be in a big city to try and tackle stuff.

“We all do our small part to help benefit both the community and the larger region and, at the end of the day, the entire world in a very small way.” 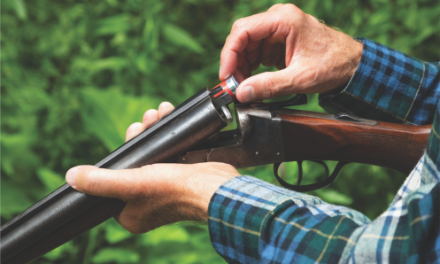 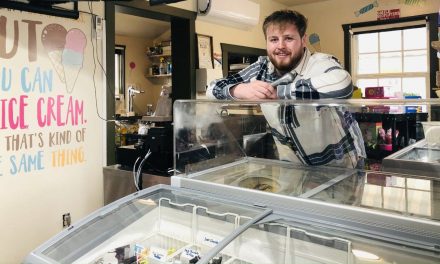