Another 174 British Columbians died of toxic drug poisoning in February, adding to evidence that 2022 will once again be the deadliest  year on record without bold and transformative intervention.

Toxic drug poisonings  continue to be the leading cause of preventable deaths in the province,  with a death rate of about 43.5 per 100,000 people in the first two  months of the year, according to new data from the BC Coroners Service.

More than six people are dying each day on average. This February saw one more death than in the same month last year.

Thursday marks the sixth anniversary of the declaration of a drug death public health emergency in B.C.

“As we approach the sixth  anniversary of the declaration of the public-health emergency into  substance-related harms, we are continuing to lose members of our  communities at an unprecedented and terrifying rate,” chief coroner Lisa  Lapointe said today in a news release.

“The deaths of another 174  B.C. residents, so many of them young and middle-aged men with years of  life ahead of them, is yet another reminder that urgent action is needed  on a provincewide scale.”

Advocates have criticized government  actions to stem deaths over the last six years as insufficient and  misguided, particularly in the last two years as the drug supply changed  more than ever.

Promises of safe supply have seen little  movement and nearly a year has passed since B.C. announced its federal  application to decriminalize personal possession, which has not yet been  approved.

Last month, a panel of experts convened by the chief coroner called on the province  to set timelines in the next 30, 60 and 90 days for co-ordinated action  plans towards safe supply and separating people from the poisoned  criminalized supply.

“If we want to ensure we don’t lose another  2,000 community members in 2022, then we need to ensure we take some  really courageous actions,” Lapointe said at the time. “Thousands more  lives are at risk.”

The province accepted the report in  principle but did not commit to the timelines, calling them unrealistic.  The first deadline for action passed on Monday.

“I wish it could be done in 30 days,” said  Minister of Mental Health and Addictions Sheila Malcolmson today. “If it  could have been… we could have had these systems in place and all these  services to prevent loss of life.”

She also said solutions like treatment,  recovery and harm reduction have not been able to keep pace with the  rising toxicity of the criminalized drug supply.

But most of the province’s response in the  last five years has not been focused on separating people from the  supply by providing a regulated alternative, as the panel recently  recommended.

What the province is  calling prescribed safe supply is not a replacement for the criminalized  supply and is available for only short periods of time and to a  relatively small number of people by prescription only.

When asked whether the government would  move more quickly on safe supply, Malcolmson said the province’s  response is limited to a medical model of safe supply due to federal  regulation.

Her advocacy to Ottawa is focused on the  province’s application to decriminalize personal possession currently  under review, Malcolmson said.

An increasingly toxic and unpredictable drug supply has been a major contributor to the rising deaths.

Benzodiazepines, a class of depressants  which complicate overdose reversal when mixed with opioids, contributed  to 43 per cent of deaths in February. That figure was 15 per cent in  July 2020. Etizolam, a benzodiazepine analogue, was found in 41 per cent  of expedited samples tested since July 2020.

Because benzo-dope depresses the nervous  system and does not respond to naloxone, people are more likely to stop  breathing. This “creates life-saving challenges for first responders,”  the report says.

Fentanyl, a synthetic opioid about 100  times more potent than heroin, contributes to about 76 per cent of  deaths. About 21 per cent of deaths had extreme fentanyl concentrations  in the last four months, more than double the rate from January 2019 to  March 2020.

While people in every community and area are dying, some health authorities are harder hit by increasing toxicity than others.

Northern Health, where drugs must travel  longer distances to the end user, saw 30 per cent of deaths with extreme  fentanyl concentrations in the last four months. Its death rate is also  about 50 per cent higher than the provincial average, at around 63  deaths per 100,000 people.

In Vancouver Coastal, Fraser Health and  Island Health, where the highest numbers of deaths are reported, extreme  fentanyl concentrations were found in 20 to 25 per cent of deaths.

And the profile of people dying has also  begun to change. Six youth under 19 died in February, more than any  other month in the last year.

Women, who make up about 21 per cent of  deaths, are also slowly increasing in proportion to men, up from about  19 per cent last month.

The BC Coroners Service found no evidence  that prescribed safe supply has contributed to any deaths. It had  previously noted that the majority of people don’t qualify for current  limited safe supply programs.

“A safer drug supply on its own will not  resolve the public health emergency, but it is needed to stop the  unprecedented numbers of deaths,” said coroners’ panel chair Michael  Egilson last month.

“The first priority in addressing the toxic drug crisis is keeping people alive.” 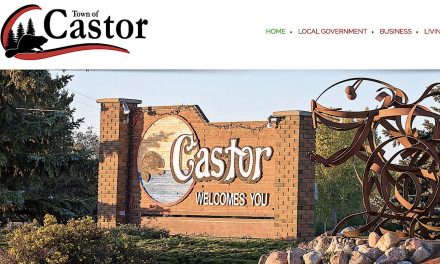 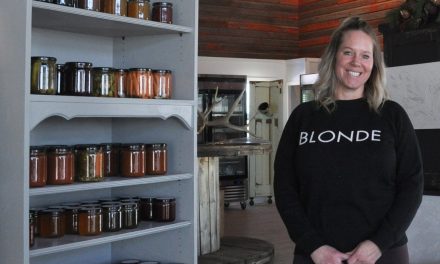