Alberta is well positioned to thrive as a producer of hydrogen and one of the biggest areas of opportunity is in the transportation sector, say experts.

On Thursday, April 14, Adnan Khan, an energy systems analyst with Transition Accelerator — a pan-Canadian charity that works with groups across the country — told the Edmonton Regional Hydrogen Hub that the biggest area of opportunity for the hydrogen market is in heavy transportation, such as big trucks.

“The real key demand for hydrogen for the transportation sector mainly comes from heavy duty trucks, and these are the classic trucks we have in the province. If I’m not mistaken, we have 100,000 of these trucks in the province right now,” Khan said.

Heat and electricity will also move towards hydrogen power, with 10 per cent of all electricity generation predicted to move to hydrogen. Heating building and commercial spaces, currently heated by natural gas, are also set to move to 75 per cent hydrogen.

Alberta currently uses natural gas to generate around 65 per cent of the electricity in the province, Khan said, and as the province moves more toward net zero, renewables will be a bigger part of electricity generation.

“Hydrogen is being talked about as a backup for renewables,” Khan said, as renewable energy can be intermittent.

With many different sectors able to move to hydrogen use, Khan said he calculates the future demand for hydrogen to hit 13,000 tonnes of per day.

“That is two-and-a-half times the current hydrogen produced in the province,” Khan said, which makes the economic opportunity for creating hydrogen $10 billion annually.

With the future demand of hydrogen in the province, Khan said Alberta must provide infrastructure that can move hydrogen to heat homes, create electricity, and fuel big trucks.

Khan said it is important to have a hydrogen hub, such as the Edmonton Region Hydrogen Hub, working to co-ordinate the effort between the different groups that produce and use hydrogen. With groups working together, Khan said it will be key to get scale up infrastructure quickly to help drive down the costs.

“We really believe that we need to build economic corridors where you can connect supply to demand. If you can really do that by minimizing the barriers you will really scale up the demand quickly and drive down the cost,” Khan said.

Alberta is uniquely positioned to be a hydrogen-producing hub because the province already produces one quarter of the country’s hydrogen at 2,000 tonnes per day in the region. The low cost of natural gas positions Alberta nicely to take over the hydrogen industry along with ideal geology for permanent storage of carbon dioxide, Khan said.

Alberta also has world-class infrastructure, such as carbon dioxide pipelines and hydrogen pipelines, along with the technical expertise from Albertans, Khan said.

Having support for pilot projects and providing support for small hydrogen fueling stations for vehicles will be pivotal to help support the early buildout of the market, Khan said.

Getting hydrogen to fueling stations across the province, and pipelines, will be key, as they will enable the hydrogen to be used in sectors such as heating, electricity, and as vehicle fuel. 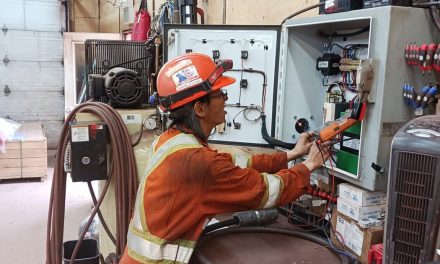 Workers ask what next after 1,100 Baffinland Mine staff get layoff notice 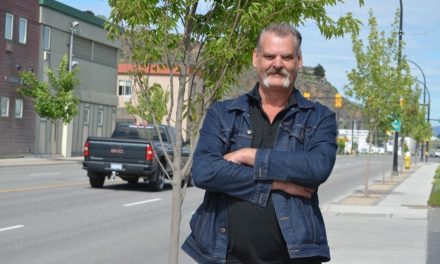 Nelson BC councillor suggests their own pay get a new look