Water levels in southern Manitoba continued their rapid rise on Monday threatening homes and communities, and forcing some homeowners to take drastic steps to try and hold off the water, and prevent their homes from being flooded.

“We could still get another three feet, so this is serious because we aren’t even at the crest yet,” Ritchot homeowner Barb Giesbrecht said on Monday from her backyard, as a crew of volunteers worked to construct a structural dike around her home and property, while also putting down hundreds of sandbags to try to hold back the rising Red River.

Giesbrecht’s home, which sits just south of the community of St. Adolphe, was one of several in the area working to fight off rising waters on Monday, as the water level of the Red River continued to rise and threaten homes after three straight weekends of Colorado Lows brought heavy precipitation to southern Manitoba over the last three weeks.

And with a second crest of the Red River now expected sometime next week, Giesbrecht said she and her family are now bracing for what is still to come.

“If we get another three feet, we will be at level with the house, and we will be holding the water back,” she said. “And the crest isn’t coming until later next week, so all we can do is brace for the crest, and hope that the dike and the sandbags hold.”

Giesebrecht’s home is one of several now in danger of being flooded in Ritchot, as on Monday Ritchot Mayor Chris Ewen said that they had served 110 evacuation notices for homes in the RM, but also expected that number to continue rising.

“That is going to be changing almost hourly as more roads close and access it restricted to more areas, so we could see another 100 evacuation orders by next Wednesday,” Ewen said.

Ewen said he also wants residents to know that they can expect the water to continue to rise as we await a second crest of the Red River, which is now expected sometime near the middle of next week in southern Manitoba.

“I’m not going to sugarcoat this, it is going to keep rising, and it’s going to get worse before it gets better,” he said. “We are in a very serious situation here, and things are going to be changing rapidly.”

And although Ewen said he has called three flood-related states of emergencies in his five years as mayor, he has not seen a high water event like the one he is seeing this spring.

“When we get this crest, I am sure that it will be at record levels at least in my time as mayor,” he said.

Last weekend saw a Colorado Low hit southern Manitoba and dump high amounts of rain, and all that precipitation has now led to both river and overland flooding in several parts of the province.

RM of Morris Reeve Ralph Groening said high water levels in the RM have already led to a number of road and highway closures, including the closure of parts of Highway 75, and that a state of emergency has been called in the RM.

Residents of more than 12 homes have already been forced to evacuate because of road closures and water washing out roads, and Groening said he expects that number to continue to rise in Morris.

“We already have had to move towards evacuations, and more than a dozen homes have been evacuated, and that could easily be up to two dozen or more by the end of the day,” Groening said.

He said even with the high amount of snow that fell this winter, the RM was not expecting flooding of this magnitude, but that changed after the area was hit with three straight storms in April.

“We knew we had a lot of snow, but we did not account for the three significant weather events last month,” Groening said.

“That really was the game-changer for us and for all of southern Manitoba right now.”

Evacuations also continued Monday in the Peguis First Nation, a community north of Winnipeg, as rising waters in that community sent approximately 1,000 community members out of more than 400 homes over the weekend, with many now forced to stay in hotels as water continues to rise and threaten homes and properties.

The Manitoba government said some regions in the province’s south received four to six times the normal amount of precipitation in April, much of it in the form of snow that was melting at the same time as heavy rains on the weekend.

The forecast contained some good news. Dry, warm weather was predicted for the remainder of the week. 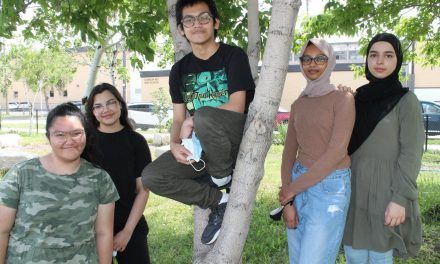 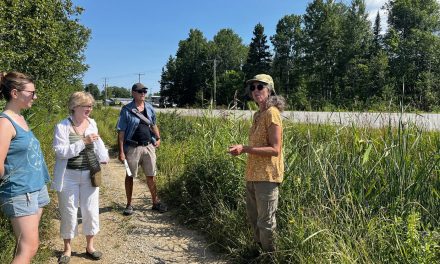 Dang those nasty invasive ON phragmites, ‘recognize and avoid’ 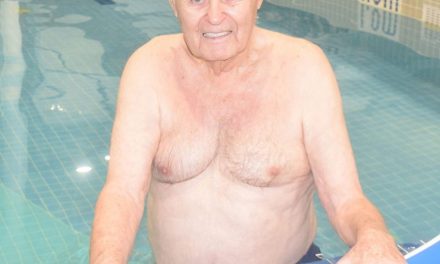 Never too old to learn!