Penticton BC winning team’s coach on youth sport: “Have fun”

“One for all and all for fun” is Jeff (Jeffer) Treadway’s coaching philosophy — and it works.

“Winning and losing are phrases we hear too much from the kids,” said Treadway, who is in his

second year as head coach of the SOMBA Mosquito division Tiger Cubs. “The challenge is to help them not be so sad when they lose, believe me, there aren’t too many smiles on the bench when you don’t finish with the most runs.”

So when the inevitable happens he and his four assistant coaches gather the small fries together to talk about the positive things that happened in the game.

“Who caught a ball, who got a hit, great pitching, firsts of something,” explained the coach. “Or talk about our next fun activity, wiener roast, pool party or Jeffer’s Fryzz (which he owns) coming to practice.

“They all leave for home happy and with happy parents.”

It’s not unusual to see the head coach running the bases with a young player on his shoulders to celebrate after a game, win or lose.

“I was fortunate enough to have four assistant coaches and parent helpers all season to help make it fun for the kids, both games and practices,” said Treadway. “So having that fun really helps the kids focus so when we got to the playoffs they were able to roll up their sleeves and played to win and they did.”

Practices were especially fun and just like in the games players were awarded treats for the play of the day, so every player got recognized at least a couple times during the season.

There was one drill that was particularly fun for coaches and kids in practice, the machine gun pop fly.

“Coaches hit hit fly balls with tennis rackets and tennis balls as fast as they can so there were usually five balls in the air at all times and the kids catch as many as possible, it’s a lot of fun,” said the coach.

The Cubs opened the playoffs with a win over the Hurricanes, dropped an overtime heartbreaker in the second game to the Sluggers before rebounding to knock off the red hot Green Demons.

That set up a return match with the Sluggers for the championship, his team dominating from the third inning on.

“Grayson Watson basically pitched a no-hitter for us and Jay Rudyk hit a home run,” said Treadway. “We played a fairy tale two final games with no errors. I was just so impressed by all my players and coaches.”

He is hoping and looking forward to coming back again next April for another season with one goal in mind.

This item reprinted with permission from The Herald, Penticton, British Columbia 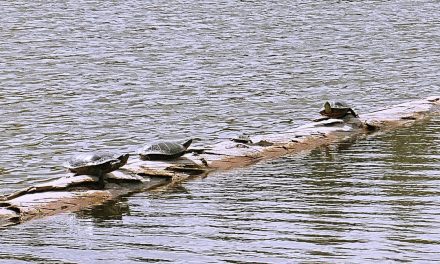 Painted turtles most widespread in North America: The Wild Files 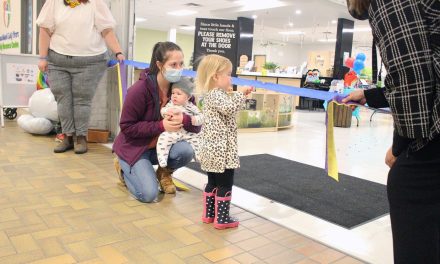