A successful hunt: How Baker Lake hunters got their bowhead 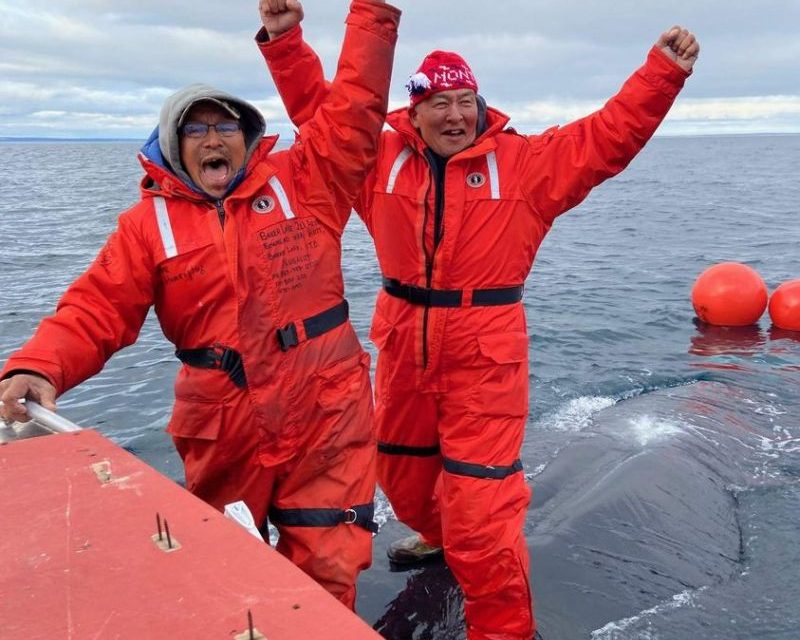 Two days before hunters from Baker Lake caught a 14-metre bowhead whale for their community, they almost gave up.

They had been stationed at Naujaat’s elders cabin for nearly three weeks, a few crew members had left because of personal matters and their hunt was impeded by rainy, stormy weather — morale was low.

“We were just about to prepare [for] home and I talked to the crew,” captain Philip Putumiraqtuq told Nunatsiaq News.

Then, he said to the hunters: “We can try again. We’ll try again before we go home.”

Baker Lake was one of two communities that received a bowhead tag this year, and set out on their hunt July 27 and had a little more than a month to catch one. Coral Harbour was the other, and hunters in that community caught their bowhead whale on July 10.

On Aug. 15 — a Sunday evening — a Naujaat community member spotted a bowhead about eight kilometres off the Harbour Islands, which are in Repulse Bay.

Putumiraqtuq was alerted to the sighting, and checked in with team elder John Avaala because Sunday is traditionally a day of rest. Avaala gave his approval.

“So we started off,” Putumiraqtuq said.

This item is reprinted with permission from the Nunatsiaq News. For the complete article, click HERE