Activists on standby for Berland blockade 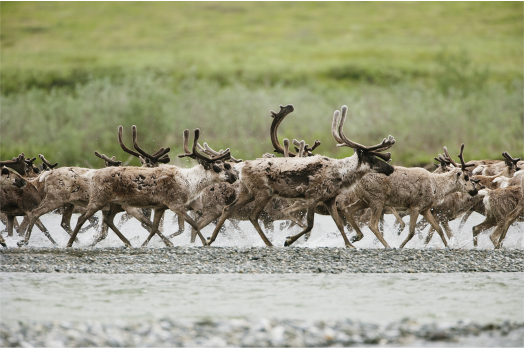 With zero industry activity in the Berland forestry area, the Berland blockade set up this past summer is currently on standby.

The group that set up the blockade, Action for Berland Caribou Committee (ABC), said it seems that a combination of pressure from locals, NGOs, the Mountain Metis, and the blockade have been successful to halt West Fraser for the time being.  Since the summer, no industry activity has been noted in the area they are trying to protect between Hinton and Grande Cache.

“We have heard nothing from West Fraser, and what decisions they will make regarding the timber harvest of the Berland/Moon Creek area in the future is uncertain,” ABC stated in an email.

West Fraser’s harvest plans include a section of old-growth forest that ABC says will destroy caribou habitat. Berland is home to the threatened A La Peche Caribou herd, as well as other species like the endangered Athabasca Rainbow Trout. Woodland caribou are a federally listed Species at Risk, and its status means that strategies are in place to try to help caribou populations recover.

“In the meantime we have eyes on the area and a team of people ready to move in at a moment’s notice should West Fraser start building roads or bridges, or harvesting timber,” ABC stated.

West Fraser’s submitted Forest Harvest Plan includes 54 planned cutblocks in the northwest part of their Forest Management Area (FMA) between Hinton and Grande Cache and exist fully or overlap with caribou zones. West Fraser noted previously that they are directed by the provincial government to operate in this specific area and away from other areas within their FMA until the Berland Sub-Regional Taskforce on caribou recovery completes its work. Interim harvesting guidelines within the harvesting plan developed by the Alberta Ministries of Environment and Parks (AEP), and Agriculture and Forestry (AAF) are meant to guide forest operations to areas that are low-use by caribou and have a history of past disturbance.

Caribou Recovery Range Plans are being developed by sub-regional task forces meant to stabilize, recover, and achieve self-sustaining caribou populations while protecting jobs and the economy. The range planning process started in 2021 and is to be implemented in 2024/2025. Range plans will guide industry and any stakeholders in that area.

This item is reprinted with permission from TimminsToday.com. See article HERE.