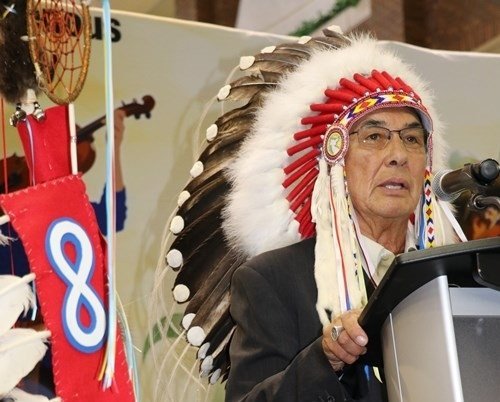 (ANNews) – On November 25, the Assembly of First Nations (AFN) released the names and titles of the 13 First Nation delegates chosen to travel to Vatican City from Dec 14 to Dec 21 to meet with Pope Francis on behalf of the organization.

The delegation is set to have a one-hour meeting with the Pope on the 20th. The meeting is expected to include topics like the 10 principles of reconciliation and the recently discovered unmarked graves at former Residential School sites.

The theme of the delegation is how Indigenous Peoples and the Catholic Church can come together towards healing and reconciliation.

The group is also expected to ask Pope Francis for an apology on behalf of the Catholic Church for its role in the Residential school system — which operated across Canada from the 1880s to 1996.

It is estimated that over 150,000 Indigenous children were forced to attend the schools, with the Truth and Reconciliation Commission of Canada estimating that between 4,000 to 6,000 children died while in-attendance.

Calls for apologies from the Pope and the Catholic Bishops of Canada intensified last summer due to the discoveries of unmarked graves In the country — most notably the 215 graves discovered at the former Kamloops Residential School site.

The Catholic Bishops of Canada issued a statement of apology in late September, however, despite being open to travelling to Canada, Pope Francis has yet to apologize on behalf of the church.

The delegation hopes to change that.

“Our gathering in December is the next step in completing TRC Call to Action #58,” said Yakeleya.

“And while the apology from His Holiness is so important, it’s also important to think about what happens in a post-apology world. That’s part of the reason we’re honoured to have two youth delegates. This gathering is an opportunity to shape the future for our children and their children.”

In 2009, an Indigenous delegation met with former Pope Benedict with the same mission in mind. However, Pope Francis never issued an apology despite expressing his sorrow and “personal anguish.”

Former AFN National Chief Phil Fontaine from the Sagkeeng First Nation in Manitoba, who was also a part of the original delegation, said, “The circumstances are so different for this visit.”

“We are off to Rome with great expectations.”

The 13 First Nation delegates representing the AFN are: