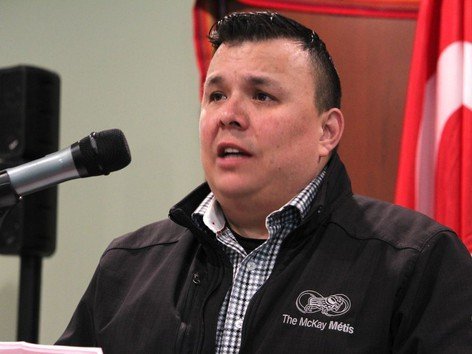 The Alberta government has signed an agreement promising to consult Fort McKay Métis Nation (FMMN) on land-use rights and issues facing the community.

A major victory from the agreement is that FMMN members can now have harvesting cards to practice rights such as hunting, foraging and trapping. The Sept. 14 agreement also includes pledges to discuss educational opportunities, economic development, infrastructure and quality of life issues facing the community.

“We’re not looking for a handout, we are looking for a hand-up,” said FMMN President Ron Quintal. “We wanted an agreement that spoke directly to initiatives we want to work with the government on, where we believe we can find success and they reciprocate.”

“Fort McKay Métis Nation Association has been an innovator in business and community development,” Wilson said in a statement. “This is the kind of agreement that shows the spirit of partnership and prosperity I would like to see between Alberta’s government and more Indigenous communities.”

The agreement ends a strong summer for FMMN. In August, the community launched a solar farm that will save the community up to $10,000 in annual energy costs. Last week, they were one of eight Indigenous communities in the Fort McMurray Wood Buffalo area to purchase a 15 per cent stake in the Northern Courier Pipeline in a $40-million partnership with Suncor.

Quintal said the MOU and the pipeline purchase are important steps towards reconciliation, strengthening relationships with industry and the proving, and becoming independent.

“It’s a trail we have been able to blaze for other communities to follow as well,” he said. “We didn’t want dollars tied to the agreement. If we want to declare self-government and declare ourselves a nation, we cannot rely on government funding going forward.”