Alberta is gambling its future on carbon capture 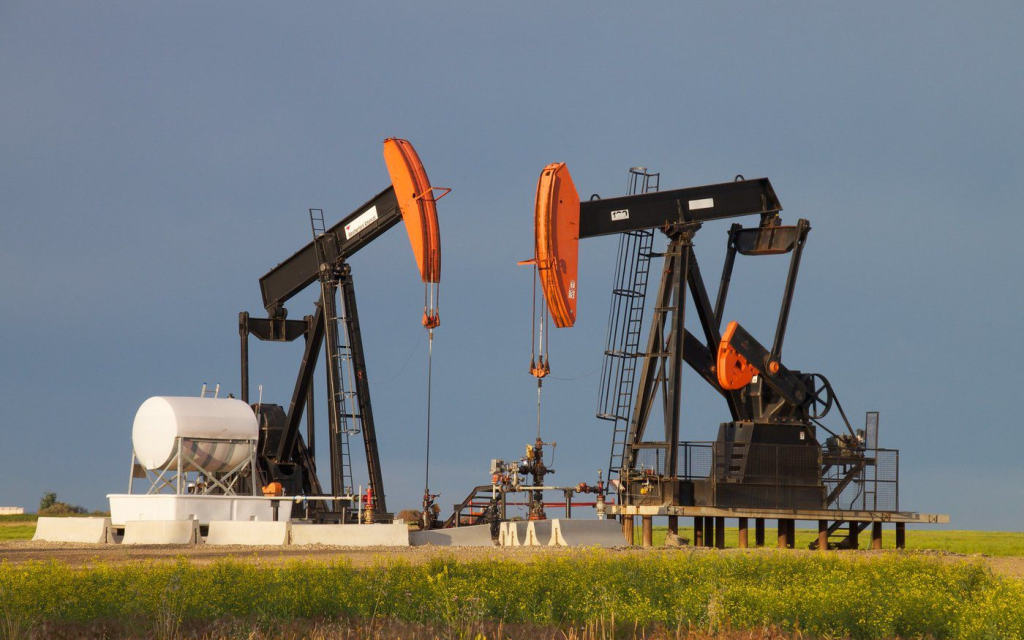 On the same day Keystone XL was officially axed, Alberta’s oil and gas industry made two massive bets on carbon capture, representing billions of dollars, designed to extend the life of the oilsands indefinitely.

One bet is on blue hydrogen. Air Products Canada, a subsidiary of its Pennsylvania-headquartered parent company, announced it was moving ahead on a $1.3-billion carbon capture and hydrogen production complex in Edmonton. That facility would aim to capture 95 per cent of carbon from natural gas used in the production of hydrogen-fuelled electricity and liquified hydrogen. It’s expected to be operating by 2024.

Both Ottawa and Alberta have signed a memorandum of understanding to potentially invest in expanding the company’s hydrogen network.

The second bet was a joint announcement from oilsands majors Suncor Energy, Cenovus Energy, Canadian Natural Resources, MEG Energy, and Imperial that they’ve formed an “alliance” to reach net-zero emissions. The companies, which are responsible for about 90 per cent of production in the tar sands, intend to reach this goal through a carbon capture, utilization and storage scheme similar to Norway’s multibillion-dollar Longship project.

Critically, the project “will require significant investment on the part of both industry and government to advance the research and development of new and emerging technologies,” according to the oil companies’ joint press release, signalling the plan is a gamble on technology not yet available.

“The oil and gas industry loves to say they’re not subsidized, and then continuously calls for more government support,” said Julia Levin, senior program manager for climate and energy at advocacy group Environmental Defence. “But in this context, we have choices to be making; we don’t have unlimited public or private capital to be investing in the energy transition.

“We can decide to go big on the things we know work and we know will bring the majority of the deep emissions (cuts) needed — ramping up renewables, ramping up energy efficiency, and putting a lot of government funding in those — or we can take an extremely risky strategy that serves only the interests of the oil and gas sector,” she said.

The “net-zero” plan would require a trunkline connecting Fort McMurray and Cold Lake oilsands operations to a site near Cold Lake that the companies say could be connected to the Edmonton region, hinting at the city’s emerging role as a blue hydrogen hub.

“It’s clear the energy transition is happening, so this industry is figuring out how can we get every barrel that we can out of the ground, and the way they’ve come up to do that is blue hydrogen; a completely unhelpful technology that’s only purpose is to create another revenue stream for natural gas,” said Levin.

Pembina Institute deputy executive director Simon Dyer said if the oilsands sector is serious about decarbonizing, it will need massive amounts of investment, but it also needs to set some short-term milestones.

“It’s obviously very fashionable to commit to net-zero now, but there needs to be a commitment that the oil and gas industry intends to contribute to Canada meeting its 2030 targets under (the Paris Agreement),” he said.

“(The Alberta government) doesn’t have a climate plan,” he said. “They have no emissions reduction targets for Alberta at all, either by 2030 or 2050, and you could actually say the lack of a clear-cut climate plan, and a commitment to net-zero in Alberta, is the biggest limiting factor to seeing the climate investments we need in decarbonization.”

That’s because next to profitability, predictability is high on an investor’s list of priorities. And Dyer says that provinces fighting the federal carbon tax, or threatening to roll back other policies, creates a climate that disincentivizes the types of investments needed.

Keystone XL’s death Dyer called a “risky bet with taxpayer dollars,” one that has now left a $1.3-billion hole in Alberta’s coffers.

“Governments need to be very cautious and wary of making subsidies to incumbent industries that maybe are not on a growth trajectory compared to where the economy is going,” he said.

Dyer added markets are changing “very fast” because investors are looking for climate action, leaving oilsands companies at “an existential point.” He said from the Pembina Institute’s perspective, an announcement this week on a plan to reach net-zero is too late.

“Pembina wrote a report in 2006 saying if the oilsands wanted to be able to compete, it needed to be carbon-neutral or net-zero, and that was 15 years ago,” he said.

The major oilsands producers who’ve pledged net-zero tout their contributions to Canada’s GDP at about $100 billion a year, citing that as one reason to preserve the industry with carbon capture technologies. But even as oilsands producers post record production figures, since 2000, royalty revenue is down 45 per cent, and tax revenues from the oil and gas sector have fallen from over 14 per cent in 2009 to less than four per cent in 2018 of all industry taxes. These cuts represent billions of dollars of lost revenue for the public purse.

When Levin hears unproven claims like the oil and gas sector will keep $3 trillion over the next 30 years in Canada’s GDP by implementing carbon capture, she says that’s a bet on climate failure.

“The IEA (International Energy Agency) in their recent net-zero report was very clear that we have to ramp down the production and use of oil and gas from four-fifths to less than one-fifth,” she said. “And that will only come from select countries, and Canada won’t be one of those because our oil and gas is more expensive and more environmentally destructive.”