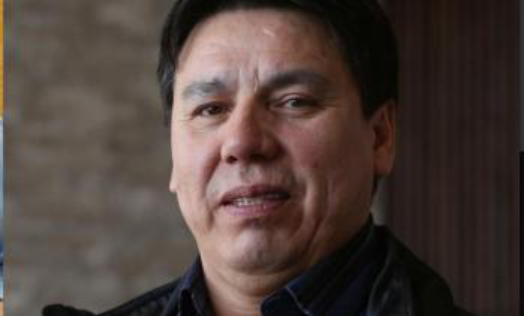 The Treaty 8 Nations of Alberta are leaving the Assembly of First Nations.

They are also parting ways with the Assembly of Treaty Chiefs (AOTC) organization in Alberta, which includes the Treaty 6 and Treaty 7 Nations.

“Treaty 8 as a sovereign people that entered into treaty have a grand chief that speaks for these items in their treaties,” said Treaty 8 Grand Chief Arthur Noskey. There are 49 First Nations in Alberta, 25 of which are located in Treaty 8.

“Treaties were entered into with the sovereign people of this land via the rivers, horseback, by foot. Why can’t a government that says these are essential, that treaties are essential in Canada, why can’t they engage with those sovereign nations with the treaties?” he said.

Noskey says AFN serves as a “scapegoat” for the federal government to funnel money through for such programs as education and health, which are treaty rights. In the end, he says, the sovereign nations fight each other for the dollars.

Noskey says the Treaty 8 Nations will be dealing directly with the federal government and the necessary ministers.

“This is why we don’t want an AFN regional chief,” he said.

As it stands, Alberta is without a regional chief. In an extraordinary motion passed by chiefs at an AOTC meeting on Nov. 30, 2021, Marlene Poitras was dismissed from the position which she had held since February 2018. Among the reasons for that action was that Poitras’ mandate had concluded at the end of June 2021.

The motion also stated that “in the exercise of our inherent and Treaty rights to determine who speaks for us at a national and international level” that they declared the position of regional chief vacant as of July 1, 2021.

In an availability to Indigenous news media on Feb. 23, AFN National Chief RoseAnne Archibald confirmed that Poitras “is not recognized at the AFN table as being the regional chief any longer.”

Archibald said she had had preliminary meetings with the Alberta chiefs and as of yet no date had been set for an election.

Noskey goes a step further and says he told Archibald that “Treaty 8 speaks for Treaty 8 and she agrees.”

As for pulling out of AOTC, Noskey says Treaty 6 and 7 are aware that it is Treaty 8’s intentions to do so. However, as the AOTC operates a number of programs, such as the Indigenous Knowledge and Wisdom Centre, the Alberta First Nations Information Governance Centre, and First Nations Alberta Technical Services Advisory Group, details have to be worked out.

Noskey says Treaty 8 Nations still want to be able to access information from those organizations.

“The only connection that we want from Treaty 6 and 7 is as a political organization, political support,” he said.

Noskey adds that Treaty 8’s move has been given “leverage” by the words spoken by Alberta’s Lieutenant Governor Salma Lakhani on Feb. 22.

“So as we gather here on traditional Treaty 6 territory, we renew that relationship, rededicating ourselves to the spirit of the treaties and to the essential work of reconciliation,” said Lakhani.

“So that’s the weight on the sovereign nations. The clout that treaty territories have is because they are sovereign with the treaty so we don’t want a scapegoat, which is AFN, for Canada to undermine all treaty agreements by using something that was never part of treaty. That is why … Treaty 8 will not support anything like that,” said Noskey.

The election for the next regional chief is supposed to take place at the next AOTC meeting. That meeting is to be hosted by Treaty 8. No date has been set.

Noskey says the date hasn’t been “nailed down” not because Treaty 8 won’t support a regional chief but because the meeting has to be a “process of AOTC reform.”

Alberta has officially been without an AFN regional chief since Dec. 6, 2021. There is no interim chief in place.

As well, funding to the Alberta regional chief office has been suspended “until they have an election and establish an entity with which we can enter into a funding relationship,” said AFN CEO Janice Ciavaglia in an email to Windspeaker.com. “Once this is complete we are ready to recommence funding.”

Ciavaglia added that “AFN has numerous chiefs and technical committees to ensure all AFN regions have a voice in our work.”