Alexco working to remediate image at mine site near Keno City 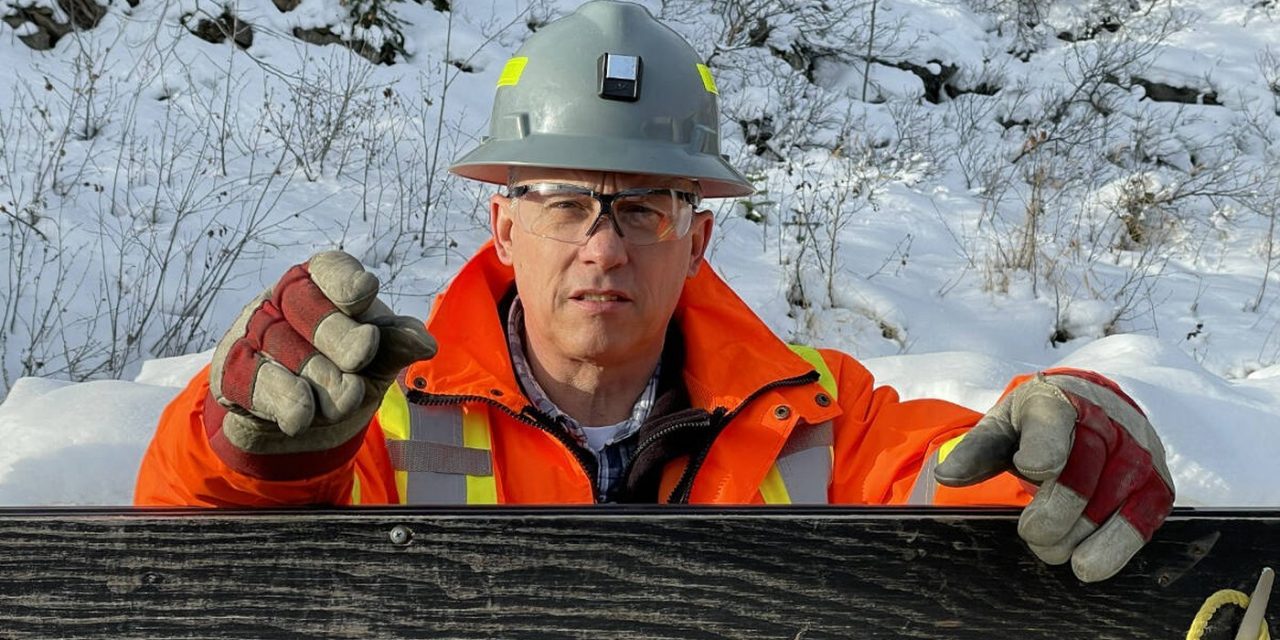 The jury is still out. After a spat of bad inspection reports, a bit of media attention, letters to the editor and opposition party questions in the legislature, Yukon-based Alexco Resources is attempting to clean up, catch up and fix things.

They are motivated. Theirs has been an ambitious project from the very start. In 2006, Alexco’s Elsa Reclamation and Development arm (ERDC) purchased nearly 50 historic and abandoned mine sites in the Keno Hill area with the promise of reclamation and remediation, while keeping an eye on mineral development in an area proving to still be rich in mineral resources.

That mineral richness is buried beneath a swath of 16,720 hectares, assessed as contaminated, and dotted with rotting buildings, wet adits (level entries into mountain sides), slumping mine shafts, plus an abundance of unknown and still unidentifiable environmental liabilities, all couched within the Stewart Valley’s vistas, once filled with wildlife and fish.

There is money to help with the company’s reclamation activities.

Keno Hill is one of the eight contaminated mine sites identified for work under the $2.2 billion Northern Abandoned Mine Reclamation Program for eight projects over the next 15 years. So far over $100 million has been spent on the site.

The 715-page Reclamation and Closure Plan for Keno District Mine Operations has been 10 years in the making. Their application has recently passed the “information adequacy” phase of the Yukon Water Board process and will soon be before the board with a public consultation period to follow.

For the last decade, Alexco Resources and its three divisions — exploration, mine development and reclamation — have managed activities at eight locations in the area.

Five sites are currently under care and maintenance by Alexco’s ERDC — the Galekeno 300, Galekeno 900, Silver City, Valley Hills and Onek; and three sites are actively mined by the operations side of the company — Bellekeno, Flame and Moth, and Birmingham. Rocks from those three active mines are transported to their mill where the rocks are processed. Lead concentrate mixed with silver is shipped to Trail, B.C. to be processed and separated once again.

During full operations, the mill operates with a huge crusher, three ball mills, banks of flotation tanks and drying filters 24 hours a day, except for the crusher. And up to 200 workers live in a camp near Elsa. Most of the contentious relations between the company and local residents flows from the location and proximity of the mill to Keno City.

The Bellekeno was placed in temporary closure by the company in October, just as the Flame and Moth readies for production.

The entrance to the Flame and Moth is right beside the mill. Wayne Zigarlick, Alexco’s general manager of mine operations says the proximity of the adit to the mill was “just lucky,” since the mill was there before the mine. History, though, shows an earlier mine on the spot as well.

For over a century, new and old operations overlap and are layered upon each other throughout the Keno Hill region

And while it may be the shiny metal that gets the company’s attention; it’s the water treatment and metal extraction that can cause trouble. Government inspectors comb operations, and reports are required as terms of different licences. This fall, Alexco had a bad run.

First came the photo of the pipe that was patched with rubber gloves. The same inspection report noted a torn pond liner and unauthorized settling ponds. The company received a ticket under the Environment Act for a violation of their waste disposal permit.

This could have resulted in a $200 fine but a government email stated that “this was a first-time enforcement action […] it was felt that a ticket was a strong warning and any future violations will be dealt with through a long form prosecution.”

Then came a rash of effluent exceedances reports filed in September and October. Government reported that they are still investigating, but the company has already made changes.

Alexco site managers, Zigarlick and Shawn Pelechaty seemed a little chagrined when queried. They said that staff turnover and inadequate training caused the waste burning infraction and the treatment pond maintenance processes were not optimal. In both cases, mistakes were identified, lessons were learned and the company made adjustments. Job training was improved, authorization chains were created for burning, and maintence workers’ routines were adjusted.

Alexco has big plans for the area and appears to be pulling up their socks.

For example, they finally built a building around their crusher this past January, something that was required in a term of the 2013 YESEA decision document. They amended plans for the ventilation fan for the new mine to be underground, rather than above to keep things quieter. They’ve changed the tone of those aggravating beeps of heavy equipment backing up, so the sound will travel less. They toured the Yukon News around their operations and offered the same to Keno residents. They called for and came to a meeting with Keno locals. And importantly, they agreed to help where they can.

Residents asked for Alexco’s support in asking the Yukon government to not withdraw community services to the town.

During the meeting Zigarlick said frequently, “Yup, we can do that.”

There’s been a shift of tone.

But they are a bit of a crusty bunch. Later, they tweeted, “Is it coincidental that their reclamation project is before the Waterboard, and are required to report on mitigations associated with the health and well-being of Keno?

“Only time will tell.”

This item is reprinted with permission from Yukon News. See article HERE.