When East Vancouver artist Jacinda Oldale learned about the 215 unmarked graves of Indigenous children discovered at the former Kamloops residential school, she had no words. She channelled her feelings into art.

“The art will speak when you can’t,” Oldale says. “We can’t be stopped by our horror. We have to move through that and participate regardless. And we need avenues that invite our hearts or hands or presence to show up.”

Oldale has been making dolls called Soul Sisters, honouring the power of friendship, for over 20 years. After the discovery of the Indigenous children’s graves in Kamloops, she was asked by her long-time friend Chastity Davis-Alphonse, a member of the Tla’amin Nation, to make a Soul Sister with an orange T-Shirt.

Over 10 years ago, Davis-Alphonse was gifted one of Oldale’s dolls by a friend. Moved by its message of being “made stronger by connections to each other,” she went in search of the artist. Oldale says Davis-Alphonse showed up at her first craft fair sale and bought her entire stock. They have been friends since.

Davis-Alphonse’s mother, grandmother and great-grandmother all went to residential schools. Wanting to raise awareness and bring in communities to be part of the movement for truth and reconciliation, Davis-Alphonse reached out to friends involved in various initiatives who she felt could contribute. Through conversations with Oldale, the Soul Sisters were transformed into Every Child Matters dolls.

“These lost children have always been waiting to be acknowledged,” Oldale says. “And so, there’s a place that’s ready for that.”

Through this initiative, Oldale creates and sells doll-making kits and donates the proceeds to the Orange Shirt Society, which raises awareness of the impacts of residential schools and supports survivors. So far, she has raised $1870 for 100 dolls.

An Indigenous relations strategic advisor and long-time advocate of the safety, health and wellness of Indigenous women, Davis-Alphonse was on the Minister’s Advisory Council for Indigenous women and went to national roundtables to raise awareness of the Missing and Murdered Indigenous Women and Girls (MMIWG) prior to the 2017-2019 National Inquiry. She had a vision of the Soul Sisters with red dresses as a grassroots awareness-raising movement and gifted them to Indigenous women, survivors of violence and family members of the MMIWG.

“Truth and Reconciliation is more than just a government responsibility,” says Davis-Alphonse. “Taking those moments to reflect on our truth and raise awareness and have a whole movement at the community level is truth and reconciliation in action that’s creating transformational change in this generation.”

Brian Broda was one of the musicians who played at Oldale’s Every Child Matters Benefit to promote the initiative on June 23. Born in Sudan, Broda came to Canada as a refugee 10 years ago.

Believing Canada was a progressive country, he was shocked to learn about the atrocities committed against Indigenous people and see firsthand the living conditions of the bands he visited.

“I just couldn’t connect the two together,” he says. “These people helped me get here, [but] they’re not taking care of their own people.”

Playing at Oldale’s benefit concert was important for him to acknowledge what was done to the future generation of Indigenous people and stand in solidarity.

“Canada has done a beautiful thing to bring a lot of immigrants here, me included,” he says. “I’m grateful for that, but that does not mean that I should turn a blind eye to what our government is doing to these people.”

He points out the parallels between police brutality used against Indigenous and Black communities as an alternative to finding solutions and believes immigrants need to be involved in change-making efforts, particularly those holding positions of power in government offices.

In Broda’s view, there is no reason the government can’t dedicate the money needed to resolve issues like clean drinking water, proper medication, and education for Indigenous communities, particularly considering they “just threw $610 million down the drain” on the federal election.

The Every Child Matters dolls initiative is a collaborative effort, including two skilled seamstresses volunteering their time to help prepare the kits. Volunteer seamstresses Megan Bain and Kim Bothen preparing the doll kits.

“This only has legs with community,” Oldale says. “In every aspect, I’m asking for others’ help.”

A group of preschoolers recently stopped outside Oldale’s house to ask about what she was making. At the end of the conversation, the teacher requested a kit for her class.

Oldale has received many more requests for kits from teachers across the country but hasn’t had the resources to meet the demand.

Davis-Alphonse says advocacy is needed so community members can access the funding required to initiate and sustain these community-level movements.

Using high-quality materials is important for Oldale because of the sacredness of what the dolls represent. Although they have the same design, the dolls become individuals in the creation process as every person designs the dolls’ faces differently. The shape of the dolls is a “T” – for the truth.

Oldale says the finished dolls should be kept in a place that matters, like on one’s hearth or by the bed or door. This represents keeping these lost children safe and present in our thoughts.

“Think of what you would do to protect your loved ones,” Oldale says. “How would you hold them?”

Oldale’s workshops have brought people together over Zoom to make the dolls.

“Making something with your hands requires you to slow down a little bit,” she says. “This topic requires our presence and our attention … and we all need to get on board with this, because it’s about everyone, it’s about humanity.”

In Davis-Alphonse’s view, new immigrants can start their journey of truth and reconciliation by learning about Canadian history through an Indigenous lens, seeking out online courses, books, and documentaries by Indigenous peoples. She says it’s also important to learn the history of the lands they’re living on and the creation story of the original peoples.

She also sees tremendous value in community members looking at how the message of truth and reconciliation can be woven into the things they’re passionate about, like Oldale has done.

“She stepped up and did a meaningful action, which has created this moment of reflection and opportunity for people to be a part of the movement in a really meaningful way,” says Davis-Alphonse. “More of people stepping up to do that is really important.” 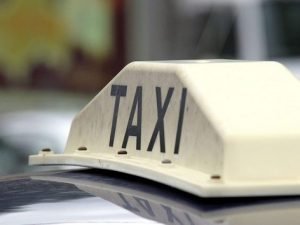