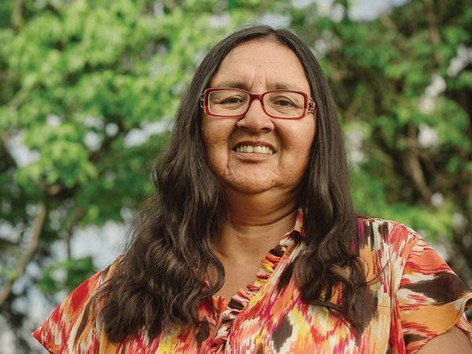 A Winnipeg researcher who played a key role in the creation of a new app that will allow Indigenous communities to keep more control over their own records and data was honoured in the nation’s capital on Tuesday for the work she has done to bring the app to life.

Dr. Moneca Sinclaire, a member of the Opaskwayak Cree Nation (OCN) is a post-doctoral health researcher working in the environment and geography department at the University of Manitoba.

She is also part of a team that says they are committed to working with Indigenous communities seeking autonomy over their own knowledge and data.

“Due to past historical events, many of the chiefs and council members have questions about who’s going to own their data and what’s going to be done with it,” Sinclaire said in a press release. “A big part of our role is to assure them that we’re trying to do research differently, not from the same Western perspective, but research that’s for Indigenous people, by Indigenous people.”

Sinclaire and a team are now working to roll out what they say is a “first-of-its-kind” mobile app created to enable Indigenous communities to collect and own their own data and to allow communities to survey their populations about key health and social issues.

The work has now earned Sinclaire accolades, as she has been announced as the winner of the Mitacs Award for Outstanding Innovation — Indigenous, awarded by Mitacs, a national innovation organization that said they look to solve business challenges with research solutions.

The award was presented at a ceremony on Tuesday held online and in-person at the National Arts Centre in Ottawa.

“It does my heart good to know that the work I’ve done has opened the door for more Indigenous people to be able to do research that will be beneficial for our communities, helping to find innovative ways for us to work with industry and change the way our communities are run,” Sinclaire said.

“We still have a lot of communities dealing with flood damage, a lack of running water, or high teen suicide rates. Now we have a tool that allows them to ask ‘What can we do about that?’

“It gives me hope that things will begin to change.”