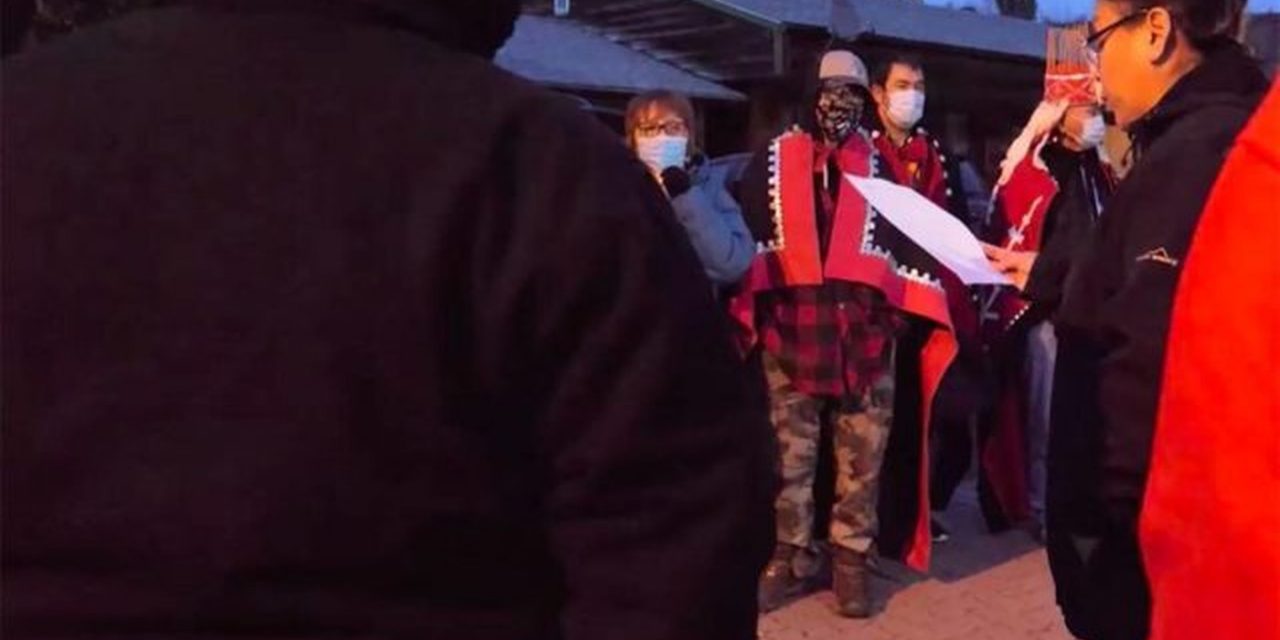 A B.C. provincial court judge has ruled in favour of retaining a Gitanmaax child on-reserve in Hazelton after the band stepped in and stopped social workers from taking the child away on Oct. 17.

The crown counsel’s appeal on behalf of one of the directors from the Ministry of Children and Family Development (MCFD) for an order to remove the child from the family was dismissed by Prince George Judge Susan Mengering, said Gitanmaax in a statement.

The court ruling came two weeks after several members of Gitxsan First Nation, including hereditary chiefs, matriarchs and elected chiefs blocked ministry social workers from taking back a six-year-old at the end of her scheduled visit time.

Neither the band nor MCFD were able to clarify why the minor ended up in the provincial foster care system in the first place.

Hailing the decision by Judge Mengering as an “honourable and “right decision,” Gitanmaax Band’s Chief Councillor Tracey Woods said it was a small step in the right direction toward reconciliation.

According to the statement issued by the band on Oct. 29, Mengering ruled that the best interest of the Gitanmaax child required her to remain in the custody of her family and her Nation in her cultural home on-reserve in Hazelton.

“The child is Indigenous and a member of the Gitanmaax Band. She is safe with her maternal aunt, living and attending school on her traditional territory with her brother and cousins. She can continue to build a relationship with her mother, siblings and entire extended family and wilp (clan),” said Woods in the Oct. 29 statement.

“Yesterday’s [Oct. 28 ] legal manoeuvre, where the director’s legal counsel applied for an order without notice to Gitanmaax to have the child removed from her family despite having made promises to the contrary is reminiscent of the actions that the Crown took when it forcibly removed our children from us and sent them to residential schools,” said Woods.

Woods further said the director’s actions “breached the honour of the Crown” and were detrimental to ongoing reconciliation efforts.

MCFD declined to comment on the situation and in an email statement said it was unable to comment on matters involving specific children, youth and families.