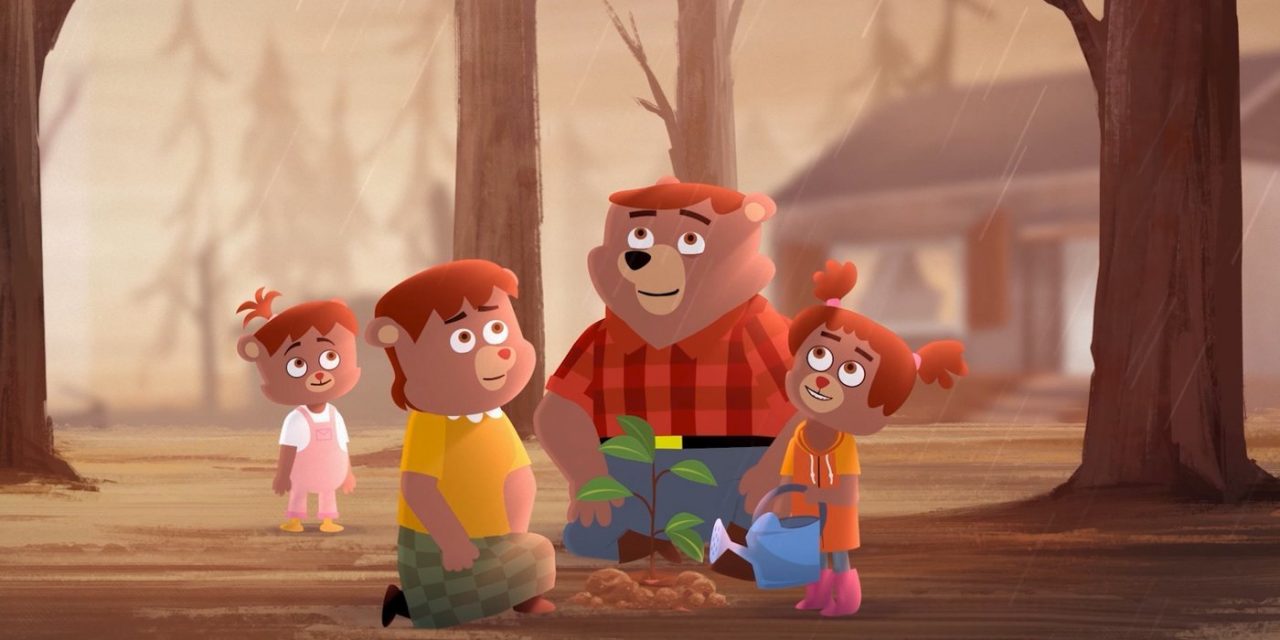 Back Home Again has won the jury prize for best animation short (Alberta) at the 2021 Edmonton International Film Festival (EIFF).

Director Michael Mankowski said he was overwhelmed to receive the award and hopes the film can help launch a conversation about mental health following natural disasters.

Mankowski, who is from Fort McMurray, developed the movie’s plot while he was filming testimonials for the Canadian Red Cross on the first and second anniversaries of the fire.

Mankowski chose animation to soften the story for children. Kim Basinger, who voices Mother Bear in the film, lost her home in the Woolsey wildfire of 2018 and said she thinks regularly about the animals who also lost their homes and lives in similar fires.

“With homes and habitats destroyed and so much physical demise and mental disorientation involved, it is a devastating experience,” said Basinger in a statement. “But this film is one of hope, dedication, determination and love; a film of belief that we can restore, rebuild and recover.”

Mankowski said he was able to build the star-infused cast through a connection to Green. Many cast members have also been impacted by wildfires. Short recorded his dialogue on the same day he was hit with an evacuation order during the Woolsey wildfire.

“When I started this I never thought we would stick one professional actor, let alone 19,” said Mankowski. “I think ultimately the shared experience of COVID-19 has allowed us to talk about this in a healthy space. A lot of the cast has been affected or is one person removed. I think it’s a local story with a global message.”

The film is appearing at the Spark Animation Festival at the end of the month and is available for screenings on the EIFF website until Oct. 31. Mankowski hopes for a Fort McMurray release in the future and considers the film a love letter to the community.

“I loved Fort McMurray and was born and raised there,” said Mankowski. “They supported my business for years as I would make corporate videos and community videos and I really tried to represent the community in a positive way. I just tried my best to make sure everyone could be proud of this story.”