BC Drug Crisis kills 161 or more in April alone

Toxic drugs killed at least 161 people in British Columbia in April, the sixth anniversary of the province’s declaration of a public health  emergency over drug poisonings.

Data from the BC Coroners  Service shows deaths in 2022 are on pace to match 2021, the deadliest  year on record, when 2,236 people lost their lives.

That means five or six people are dying on  average each day as the drug supply becomes increasingly unpredictable  and prescribed alternatives remain difficult to access.

“Anyone using illicit  substances, whether they are regular or occasional drug users and  whether they know their dealer or not, is currently at risk from the  unpredictable, unregulated supply,” chief coroner Lisa Lapointe said in a  news release today.

And benzodiazepines, a class of non-opioid  sedatives, are now found in about 45 per cent of deaths, up from 15 per  cent in July 2020.

When mixed with opioids, benzos make it  more likely someone will stop breathing during a drug poisoning. They  also do not respond to naloxone, making the poisoning more difficult to  reverse.

The updated death data comes on the heels of news that the federal government has agreed to grant B.C. permission  to decriminalize personal possession of up to 2.5 grams of some  substances in an effort to curb the harms of criminal penalties and  deaths.

Based on today’s data, more than 1,500  people will die of toxic drug poisonings before decriminalization takes  effect in January.

Advocates and drug users have criticized  the measure as too small a step. They have also cautioned the small  amounts allowed by the rules could lead to more toxic drugs as the  market adjusts to a new threshold.

Two drug user advocates told The Tyee a  2.5-gram threshold for possession, down from the 4.5 grams initially  requested by the province, is too low and not reflective of current use  patterns.

Drug users and health advocates have said  for years that separating people from the unregulated toxic supply  should be the priority in order to stop deaths.

A recent death review panel convened by the chief coroner called for access to safer drug use and care.

B.C. claims more than 12,000 people have  access to safe supply programs, but experts say the programs fail to  provide a safe supply of pharmaceutical-grade, regulated substances to  genuinely replace the poisoned supply.

In reality, only about 500  people in B.C. have access to a truly safe supply of criminalized  substances through a number of small pilot projects in the Lower  Mainland and Victoria.

“The panel highlighted access to a safer  drug supply as the most critical life-saving need in this crisis, along  with a co-ordinated, goal-driven provincial strategy and a comprehensive  continuum of substance-use care,” Lapointe said.

At the time, Minister of Mental Health and  Addictions Sheila Malcolmson called the panel’s recommendations and  tight timelines, many of which have already passed, unrealistic.

“There is no magic bullet to end the drug  poisoning crisis,” she said in a statement today. “But decriminalizing  people who use drugs is essential to stemming the tide of the toxic drug  crisis, and to reducing the stigma around drug use.”

Vancouver, Victoria and Surrey continue to be the municipalities with the highest number of deaths.

But Northern Health’s death rate continues  to be the highest in the province and is increasing. About 57.8 people  died per 100,000 in that region, up from 49.3 last year.

The proportion of women dying has also increased from 20 per cent to about 26 per cent of deaths in recent months.

On average, First Nations people are about  five times as likely to die of toxic drugs than their non-Indigenous  peers, due to intergenerational trauma from past and ongoing colonial  violence as well as limited access to primary health care. For First  Nations women, that rate is 10 times greater than non-Indigenous women.

Lapointe stressed that urgent action must be taken to separate people from the increasingly toxic supply to prevent deaths.

“Our province is on the path to yet another  tragic milestone in terms of lives lost,” she said. “I am hopeful that  the implementation of the panel’s recommendations, on an urgent basis,  will stop these preventable deaths.” 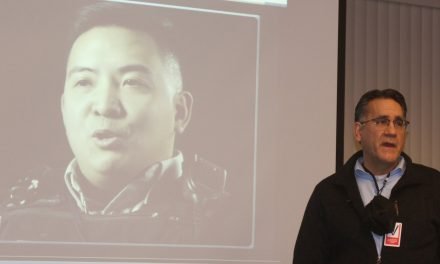