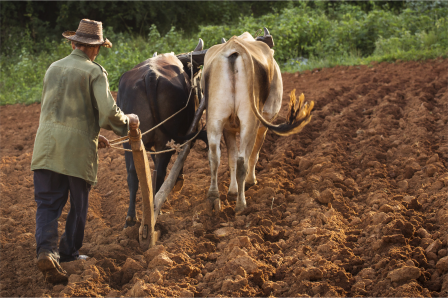 Lori Scout is tired of being cast in the role of villain by her fellow Blood Tribe members because they are not receiving $3,000 each, promised to them in a recent settlement with the Canadian government.

“We’re not withholding it. That’s not on us. That money is supposed to be paid regardless if (the agreement receives) a yes or no vote. Our court application does not impact the payment,” said Scout.

Scout, Roger Prairie Chicken and Eugene Fox, representing themselves and other members of the Blood Tribe, began court action Oct. 15 against the Blood Tribe chief and council and Canada. They ask that the ratification vote on the tribe’s cattle specific claim settlement (commonly referred to as “cows and plows”) and trust agreement be set aside and a new vote be held.

However, while awaiting judicial review, the group’s Notice of Application asks for an interim order to go ahead with the per capita distribution to members.

Scout says she and the other applicants have received “direct and indirect” threats from members.

“There’s the ones on Facebook, some very inappropriate comments made that are threatening in nature,” said Scout.

On Sept. 16, Blood members ratified a $150 million settlement with Ottawa. With approximately 14,000 members and slightly more than half of them eligible to vote, 2,187 of 7,758 cast ballots meeting the 25 per cent threshold to decide the issue. The majority of those voted in favour at 1,734 to 453 against.

The claim dates back to the Blackfoot Treaty of 1877 between Canada and First Nations in southern Alberta. Treaty 7 included the promise of cattle to the Blood Tribe. The government never delivered on that promise which resulted in a significant economic loss to the tribe.

This is the second settlement of $150 million ratified by members in three years. The focus of the 2019 settlement was on cattle mismanagement. Band members received payments of $2,000 each from the settlement.

Along with the $3,000 per member from the 2021 settlement, the remainder of the $150 million is to be invested in capital projects on the reserve, as well as a $25 million long-term investment fund. Trustees are to develop a plan for that investment, which will be approved by chief and council.

But Scout and her group are contesting the results of the ratification vote, the authority of chief and council to make decisions on the settlement monies, and the settlement itself.

The court documents state that as chief and council did not provide full disclosure of the settlement and trust agreement, members were not fully consulted and the ratification vote should be set aside. It is alleged members received only summaries of the agreement.

The document also states that of the seven trustees who will make the decisions on the long-term $25 million investment, four will come from council, which leads to a conflict of interest and “well-founded concerns about disclosure and use of Settlement Trust monies when the council is also responsible for these funds,” reads the complaint.

The court documents also state that Blood Tribe members are getting less per member in settlement than some Treaty 8 band members who negotiated better claims.

Scout’s thoughts on the settlement monies go beyond what she is fighting for in court.

Scout would like to see the entire $150 million divided equally among the approximately 14,000 Blood Tribe members giving them about $11,500 each.

And it would not be an unprecedented move.

In November 2018, Curve Lake First Nation in Ontario committed to giving 100 per cent of its $164.4 million from the Williams Treaties settlement to its members. Every member, the existing 2,360 and an expectant 1,075 new members, would receive $47,700.

Scout points out that the Blood Tribe has own-source revenues, including the forage processing plant, an irrigation system, and a potato warehouse.

“It’s making money in the millions and we’re not getting anything out of it,” said Scout.

The band also gets funding from the federal government.

According to the consolidated financial statement for the 2019-2020 fiscal year that’s available through the First Nations Financial Transparency Act, the Blood Tribe received $133 million from Indigenous Services Canada and $17 million through band revenue.

Scout holds that these combined sources of revenue should be enough to meet infrastructure needs and social programming.

“It’s really unfair for the members who never get any of the benefits out of these monies. It’s unfair for them to not get their portions,” said Scout, who points out that 8,000 or so Blood Tribe members, like her, live off-reserve.

Scout says she would use her full share of the newest $150 million settlement to improve the lives of herself and her children.

Scout says those living on-reserve could use their share to improve their standard of living as well.

“This would help fix the poverty gap for the people, for the 90 per cent who do not have jobs, who do not have affordable living, proper standard housing. This would take care of them, to give them that healthy head start,” she said.

The court action undertaken by Scout and her group has been delayed due to a motion by Canada for a confidentiality order related to the settlement negotiation materials.