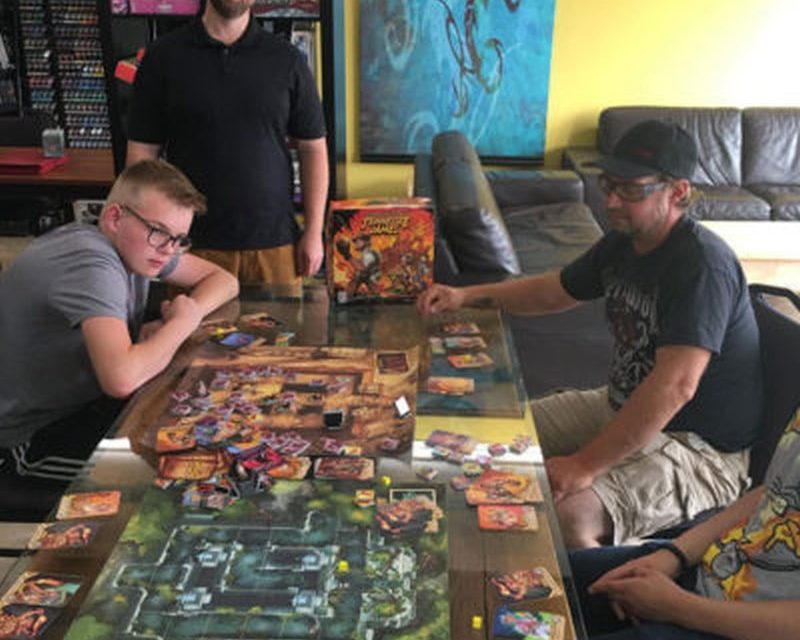 A Calgary-based board game designer and publisher visited Strathmore over the weekend to host a demo of his upcoming game at Hob’s Hobbies.

Matthew Killeen is working to generate some excitement in the board game community local to Calgary and the surrounding area over The Adventures of Tennessee James.

Game demos have been hosted in Calgary, Cochrane, and now in Strathmore, just to name a few, as Killeen builds some local notoriety for his game.

“We wanted to get this out into the community and see what people thought about the game before we did [the] launch… and the responses have been great.”

He explained the goal of the game is to accumulate “victory points” by collecting treasure and disarming traps strewn throughout the game board.

The game was designed to be easy to learn and play, but still retain some depth to the context and the characters, which spoofs the “Indiana Jones” series.

Killeen said he started working on The Adventures of Tennessee James in January of 2020, and only began having the artwork developed the following September.

This item is reprinted with permission from the Strathmore, AB, Strathmore Times. For the complete article, click HERE