A bobcat was recently spotted at a residential property in Rosedale in the afternoon on Monday, May 9.

The bobcat made itself cozy in a patch of sunshine next to a greenhouse in Rosedale resident Dianne Snyder’s yard.

“We were home and, of course, concerned about the safety of people and small animals,” Ms. Snyder said.

She was alerted to the animal in her yard by a post on the social media group, Friends of Rosedale, from another community resident who spotted the creature. Ms. Snyder also made her own post warning the community so residents could take appropriate precautions.

She also contacted Alberta Fish and Wildlife to report the incident, and says they were “quite surprised” to hear a bobcat had been spotted during the day and in a residential area.

“It laid behind my greenhouse for a bit and then sauntered off,” she said, adding no one saw the bobcat leave.

Drumheller District Fish and Wildlife Officer Joa Markotic tells the Mail, “There are a number of bobcats in the Drumheller area, frequently living along river and creek valleys.” 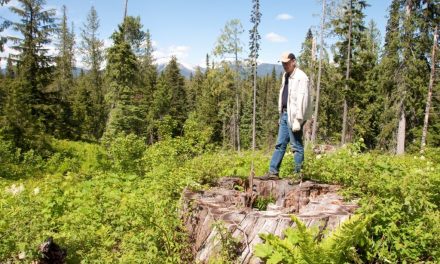 Names of Bedaux landmarks could be removed due to Nazi ties