Noah Nochasak used to offer guided kayak tours for those who wanted to watch whales or take in the scenery.

But this past school year, he helped Grade 8 students at Nain’s Jens Haven Memorial learn a skill that some fear may by disappearing, while teaching them about their own Inuit heritage.

Nochasak is employed by the Nunatsiavut Government as kayak revival lead, or Kajannik piuliniaptik in the Inuttitut language. (The traditional word for kayak is Kajak, pronounced “high-ack.”) The Nunatsiavut department of culture sponsored the venture.

When the school relaxed its pandemic restrictions in February, Nochasak got the necessary materials together and turned the woodworking shop into a boat-building station.

He said the students built the vessel themselves, with a little help.

“They built it. I guided them,” he said.

“The thing I worked the most is probably my throat. And maybe my brain sometimes,” he said with a laugh.

Some of the materials used were modern — including synthetic twine instead of animal sinew, and vinyl instead of sealskin — but the technique was authentic. No nails were used, only bindings. The frame was made of wood.

If he had his own workspace, he could have built three times as many, he said.

Nochasak didn’t just guide the construction process. He also taught the 13-year-olds the Inuttitut terms for parts of the kayak and instructed them in the history of the ancestors who used them.

“Before the Inuit had rifles, they would try to drag the caribou off the sea ice edge and then hunt them from kayaks because they could actually catch up to them. They couldn’t run them down on foot because the caribou is too fast,” he said.

Harpoons were the weapon of choice.

Kayaks traditionally weighed from 60 to 120 pounds, which meant they could be transported across land with some effort, he said.

“It still would have been a struggle, but it was possible.”

Nochasak is heading to Dalhousie University in the fall and hopes to study physical therapy, but he is adamant about keeping Inuit heritage and traditions alive.

While he sees “glimmers” of hope that it’s happening, he says the education system still has a long way to go in embracing those goals.

BC communities deal with wildfire risks and new forest use rules 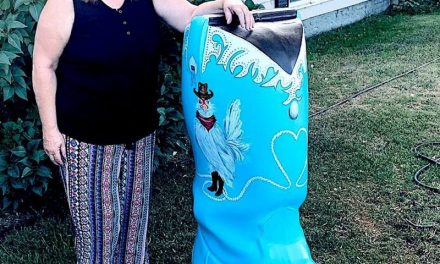 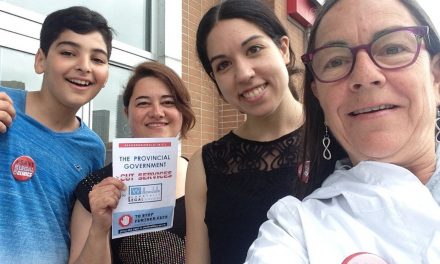