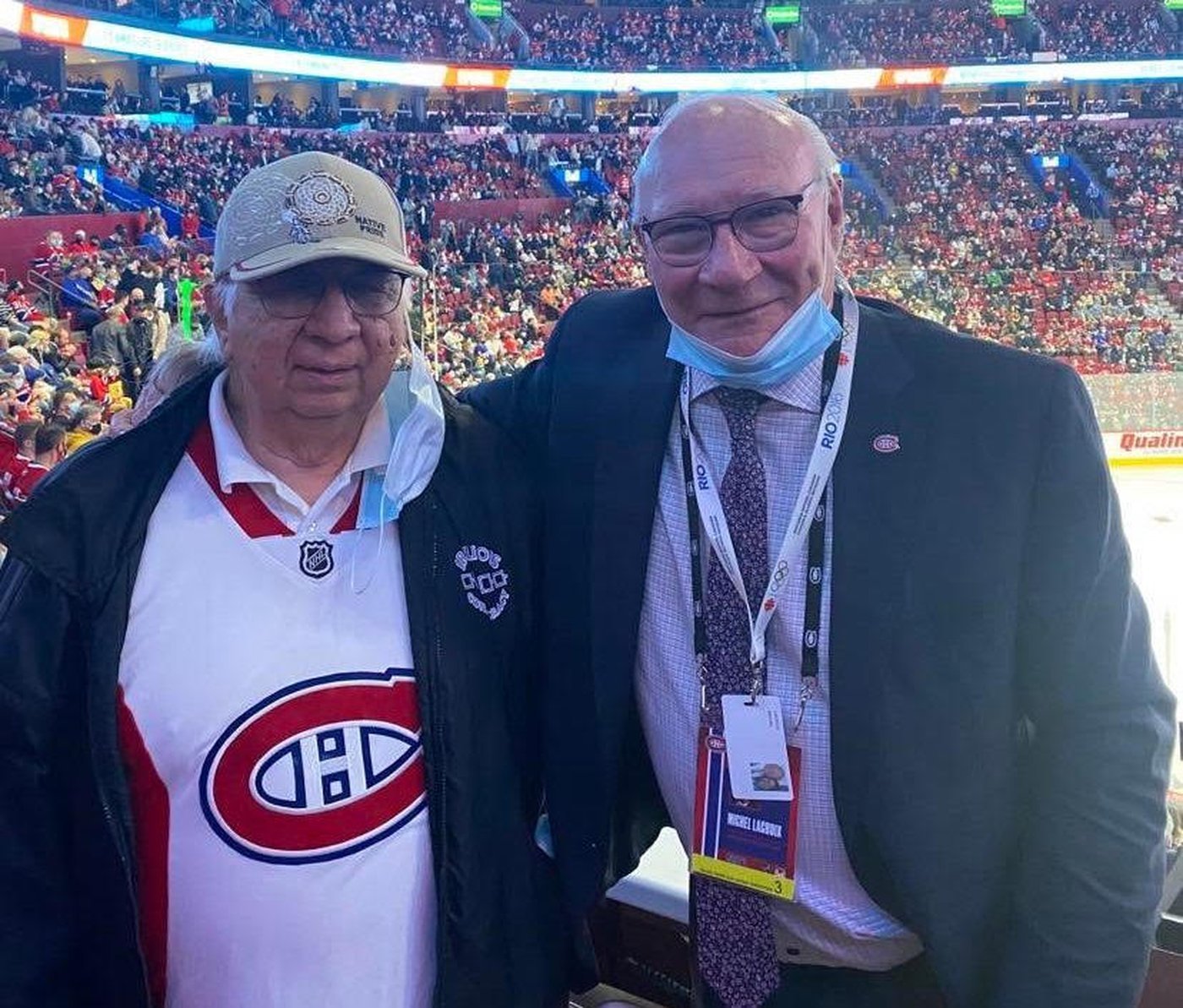 Michel Lacroix has been announcing the Montreal Canadiens at the Bell Centre for nearly three decades, but when he recently found his script containing the words Kanien’kehá:ka and Tiohtià:ke, he turned to community member Kenneth Deer for pronunciation coaching.

“He’s doing well,”  said Deer, the former secretary for the Kanien’kehá:ka Nation at Kahnawake. “Not perfect, but pretty close.”

Deer made one other contribution, suggesting the  inclusion of the phrase “also known as the Mohawk Nation.”

Deer, who was speaking to The Eastern Door in a personal capacity, is very supportive of the territorial acknowledgment. “I think they made the right decision,” he said.

The acknowledgment was first presented at the home opener on October 16. “The Montreal Canadiens wish to acknowledge the Kanien’kehá:ka, also known as the Mohawk Nation, for their hospitality on this traditional and unceded territory where we are gathered today,” it began.

It did not take long for the gesture to dominate Quebec media. Many educational, cultural, and other organizations have implemented territorial acknowledgments in recent years as colonialist attitudes toward Indigenous rights have been increasingly challenged, but few institutions have the claim to Quebec identity that the Montreal Canadiens do.

The words even echoed in the halls of the National Assembly as the acknowledgment gained steam as a controversy. Quebec’s minister responsible for Indigenous affairs, Ian Lafrenière, criticized the Canadiens’ decision to refer to the territorial claims of specific First Nations.

“It’s important to recognize that the First Nations were here before us and that we now live together, but we’re getting into a debate between historians who don’t agree with each other. I think it might be a mistake,” Lafrenière told reporters.

“I don’t know if (historians)can be called experts if there’s so much disagreement between them,” said Deer. He stressed that it’s well documented that Iroquois were present at the time of contact with the Europeans.

Some members of Algonquian communities were said to be unhappy with the characterization of the unceded land as belonging to the Kanien’kehá:ka, although the wording did acknowledge the territory as a historical gathering place for many First Peoples.

In spite of this, “First Nations in Quebec were so happy and proud of this concrete, public gesture by the Montreal Canadiens,” said the executive director of the Val d’Or Native Friendship Centre, Édith Cloutier, who is Anishinaabe.

“The last thing that I think our First Nation communities at large need is to divide and conquer between ourselves,” she said.

The Val d’Or Native Friendship Centre consulted extensively with the Canadiens on their land acknowledgment. The centre has nurtured a relationship with the Canadiens for about a year, beginning with the Montreal Canadiens Children’s Foundation’s initiative to build an NHL-sized rink in Val d’Or for community use.

After the acknowledgment became mired in a debate about who was here first, Cloutier’s organization worked with the Canadiens to adjust the wording.

Cloutier called the land acknowledgment courageous, expressing hope it would pave the way for more big businesses to contribute to reconciliation.

Lafrenière’s comments were part of a colonial narrative that earned a rebuke from the Mohawk Council of Kahnawake (MCK), which praised the Canadiens for their reconciliatory gesture and accused Quebec of politicizing it.

“A sports team in the city doing this land acknowledgment just basically for us reinforced the fact that people recognized that Tiohtià:ke is unceded territory of the Kanien’kehá:ka,” said MCK grand chief Kahsennenhawe Sky-Deer.

She suggested Quebec may have aimed to cause uncertainty about the history of Kanien’kehá:ka in Montreal, in keeping with a long-standing impulse to cast doubt on Indigenous jurisdiction in the province in general.

“I think it’ll actually bode in our favour because I honestly feel that it kind of backfired on Quebec,” she said.

The latest wording of the land acknowledgment is softened, but Sky-Deer highlighted that it still recognizes the Kanien’kehá:ka as the custodians of the land.

It now reads, “Tiohtià:ke/ Montreal is historically known as a meeting place for First Peoples. The Montreal Canadiens wish to honour these peoples by recognizing that their arena is located on unceded traditional Indigenous territory … We wish to acknowledge the Kanien’kehá:ka, also known as the Mohawk Nation, as guardians of the lands and waters where we gather today.”

Sky-Deer hopes the Canadiens will continue to demonstrate a commitment to reconciliation. “The possibilities are endless in terms of what could be done in terms of a reconciliation strategy and creating better relations with the community of Kahnawake,” she said.

The original wording was influenced by several existing acknowledgments, according to Cloutier. The influence of Concordia University’s acknowledgment, which also centres on the Kanien’kehá:ka, was clear.

Concordia, which has never suffered a similar public relations blowback for its own acknowledgment, did not take its wording lightly. “It took a number of years, it took a lot of consultation, and we had a number of Indigenous people on that committee,” said Catherine Richardson, director of Concordia’s First Peoples Studies program.

Lafrenière declined an interview, but his office offered this statement:

“When questioned in the National Assembly about a possible ‘mistake’ by the Groupe CH, Minister Lafrenière answered first and foremost that we must salute the decision of private groups and enterprises to make a step towards reconciliation. He also saluted the fact the indigenous (sic) realities and issues have never been as discussed as they are at the moment, which is extremely positive.

“He refused to take a position in the historical debate, saying that we must leave it up to First Nations and historians. First Nations and Inuit have occupied the territory long before us, and we now share that same territory. We must work on a nation-to-nation basis.”

The Montreal Canadiens did not respond to a request for comment.

While some question the value of land acknowledgments, Deer believes raising awareness that land is unceded is important because it challenges the false Canadian narrative that the land was vacant or else freely given.

“This kind of land acknowledgment forces the issue onto the headlines,” he said. “That alone has a value. And we’ll see where that leads and where it goes to.”

This item is reprinted with permission from The Eastern Door. See article HERE. 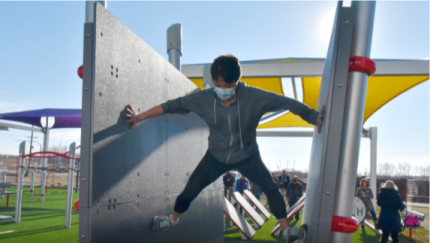 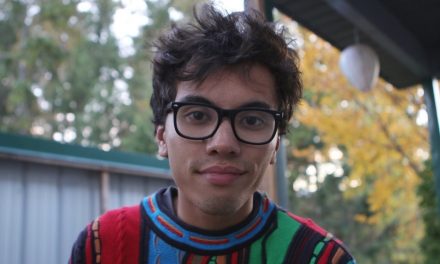 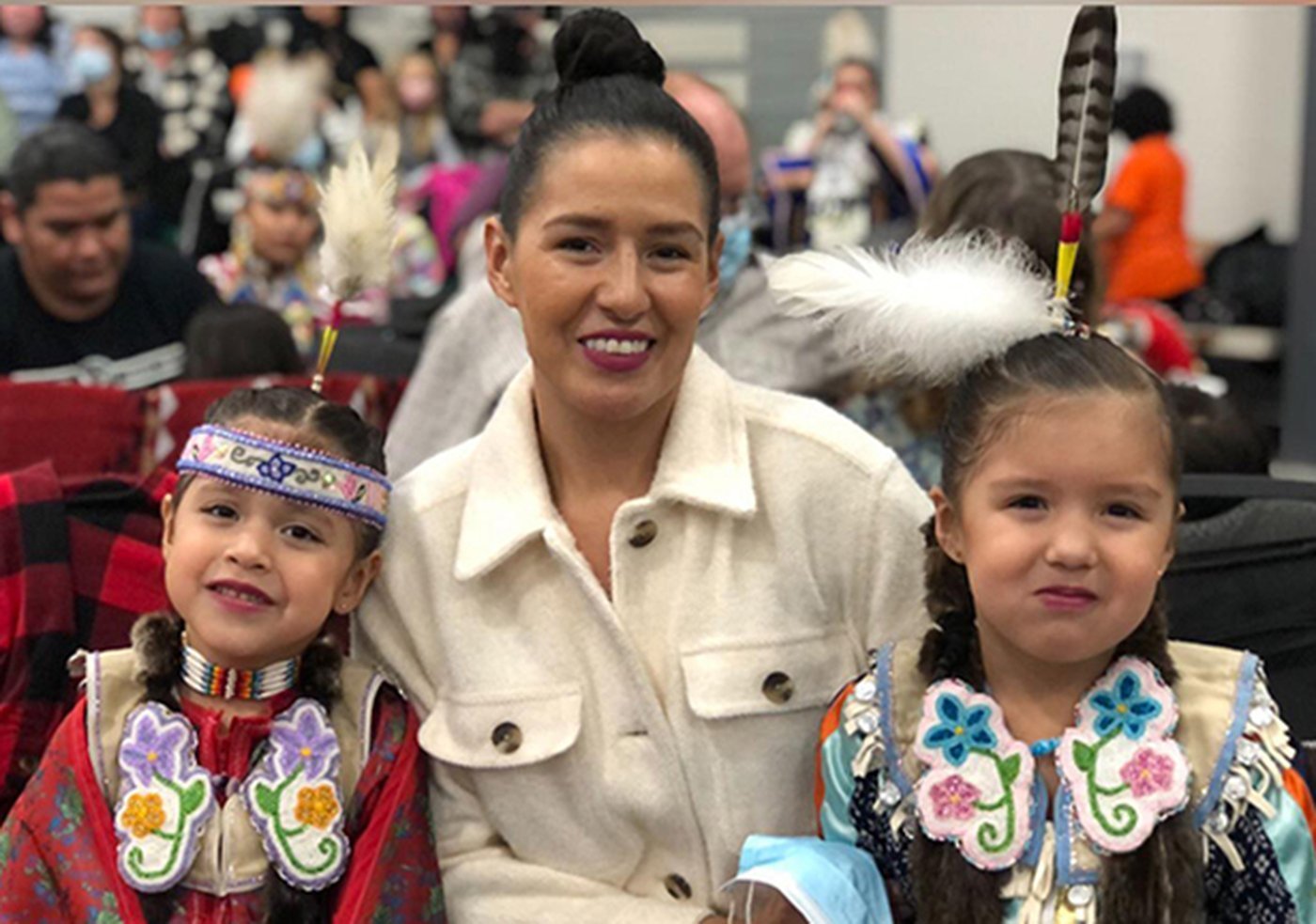 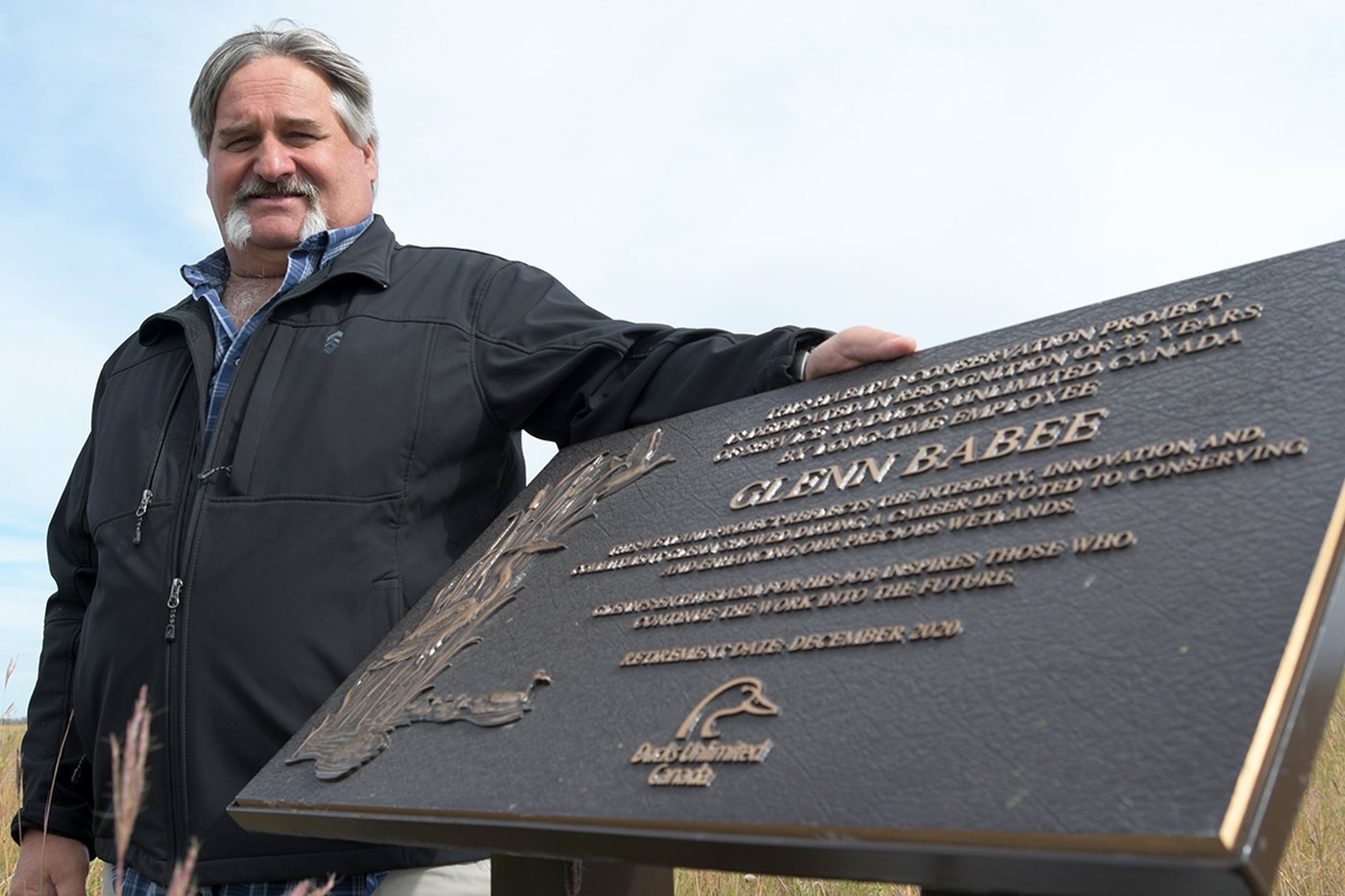