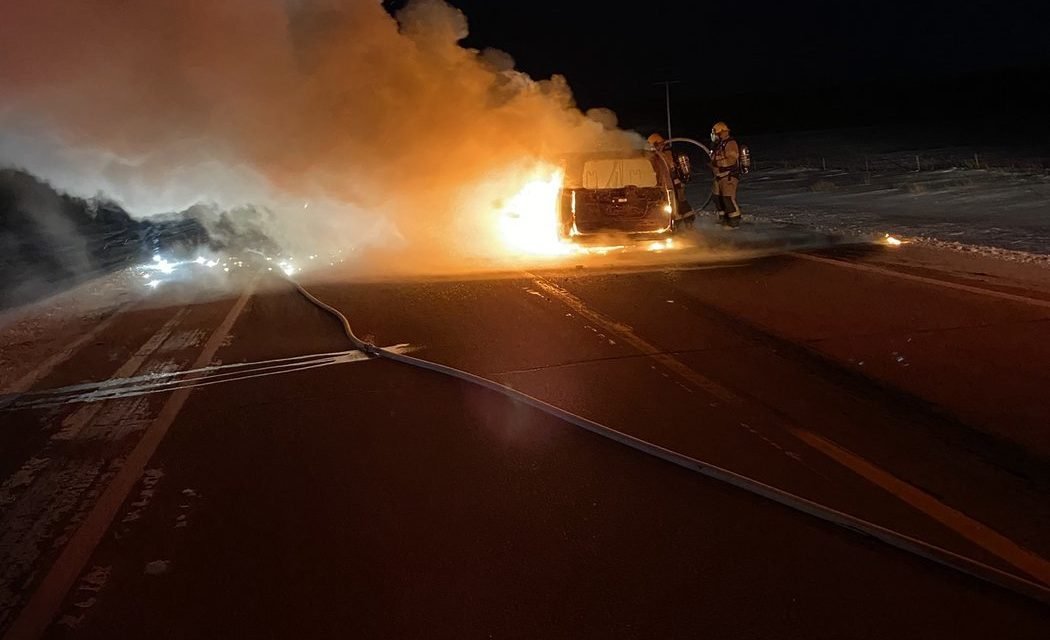 Nobody was injured after a car caught fire after hitting a deer one mile north of Silver Park.

Shaun Stewart, Melfort’s fire chief, said this is the first time he’s heard of a call where a vehicle ignited due to hitting an animal.

“No different than one car running into another car, sometimes a fire occurs and sometimes it doesn’t,” Stewart said.

“I think it would depend how far it collapsed the front of the motor back in or any fuels that might have spilled, if we had gas fumes and there was a short from the battery.”

Crews attacked the fire and set up traffic control on the highway.

Once crews had the vehicle extinguished they contacted the Department of Highways to sand that area of the highway where water had been sprayed, in order to prevent it from freezing into ice.

Once the car was on the tow truck, crews were able to return to base.

“You can go to a test facility and probably run cars into the front of each of a hundred times and who knows how many are going to start on fire but you run into them the exact same way. Sometimes they do and sometimes they don’t.”