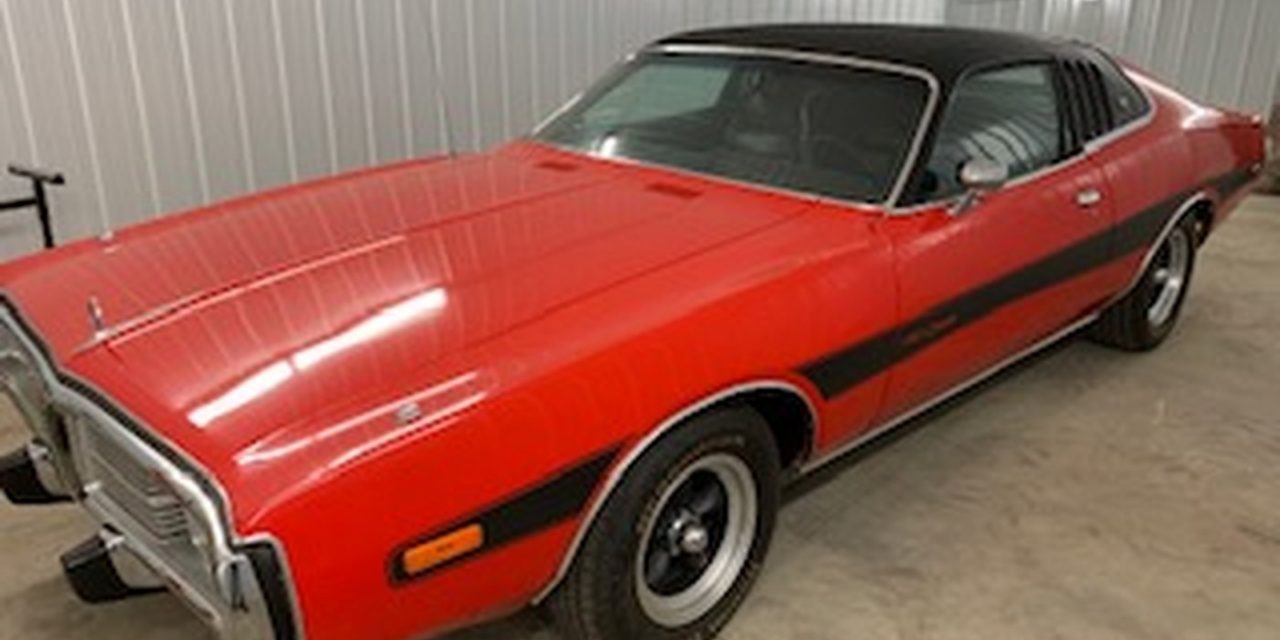 Working on his 1973 Dodge Charger SE sparked a passion in Rick Lee for anything automotive.

He inherited the ride from his father, Don, and his collection of rides  has slowly but steadily increased at his home in Holland since that  time.

The only catch was it was located in California.

Lee  said they had just got him a computer, and his dad casually dropped by  Lee’s job one day to announce he had purchased the Charger online.

“My  wheels starting turning a bit wondering, ‘what did he buy?’” Lee said  with a laugh. “He had never been on a computer before … and all of the  sudden he comes to the job site saying he bought a car.”

Don  purchased the car unseen after speaking with the seller. It was shipped  across the United States to Minot, N.D., where Lee and his dad picked it  up to bring it across the Canadian border.

The Dodge was in rough  shape when it arrived — the California heat had decimated its vinyl  roof and interior, Lee said, and the engine had completely seized.

His  father saw a diamond in the rough, though, and was motivated to restore  the car to its former glory. Lee said Don’s love for the car was  largely driven by the fond memories of a similar vehicle he used to own.

Together,  they brought it back to their shop, stripped the Dodge down to its bare  bones and got to work bringing it back to life.

Don died in 2007. At the time, the father-son duo had completed about half of the work needed for the car.

“It became my project and I started working on it,” Lee said.

However,  continuing his father’s legacy proved challenging because he did not  always know where pieces for the vehicle were stored.

“[Don] had  sent all of the chrome pieces to Winnipeg to be re-chromed, and it was  about a year afterwards that I started working on the car again when I  realized I was missing a lot of pieces, and I had no idea where they  were,” Lee said with a chuckle. “With a little bit of investigating and  phone calling, I tracked [the chrome] down to Winnipeg. I don’t know who  was more relieved — me or the guy who re-chromed everything.”

Lee  said he can still remember staring at the table in the shop with parts  of the vehicle, sorted in separate labelled bags, knowing he had to  somehow assemble the pieces of the puzzle.

“I was wondering if I  was ever going to get that car back together, but with the internet and  the guys in the car club it all came together,” Lee said.

The  Dodge has now been fully restored to its original specs; the only  modification to the vehicle has been the installation of a Holly Sniper  EFI fuel injection system. Lee said the switch was essential as the  carburetor in the vehicle was shot and he wanted a system that  complemented the rebuilt 400 engine.

The vinyl roof and interior have also been completely rebuilt.

“It was a fun project, so I sort of started a collection. I’ve got a few other vehicles now,” Lee said.

He  recently completed work on a 1966 International that was a grain truck  in a former life. Lee said it was a barn find that he turned into an  old-style ag delivery truck. It was the perfect opportunity, he added,  because his farm is home to 7,000 egg-laying hens.

Lee completed all the bodywork on the vehicle and painted the truck himself.

He  also recently purchased a 1928 Ford Model A in the fall that he found  online in Brandon. The Model A is his winter project, he said, and  arrived at his home in relatively good shape; the interior has been  restored and the engine is running.

His goal is to keep the classic look of the Ford, including the engine and mechanics of the car.

The  Charger, Model A and International join a fleet of rigs at Lee’s farm  including a Lincoln stretch limo, two 1947 John Deere tractors and a  fire truck.

“It’s just a matter of stripping it down and  repainting it and fixing it up a little bit. It’s running in decent  shape,” Lee said. “I enjoy it.”

This item is reprinted with permission from Brandon Son. See article HERE.