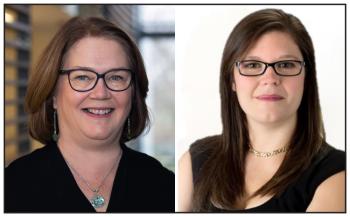 Gaining, retaining power, rather than doing what’s right, dictates what gets done by Ottawa

Former Indigenous Services Canada (ISC) minister Jane Philpott was blunt when she spoke at the second annual Water Summit hosted by the Assembly of First Nations on Oct. 27.

“The sad reality of politics is that decisions are made based on whether or not it’s going to make somebody either gain or retain power, not always, sadly, on the basis of whether it’s the right thing to do. So politicians need to know that Canadians really care about this (on-reserve water issues). And I may be overly optimistic, but I think they do more than ever,” Philpott told the virtual gathering.

Now a dean at Queen’s University, Philpott pushed First Nations to build “allyships” with academics like herself and Canadians and “demand that politicians listen.”

She said the excuse that it is too costly to eliminate the infrastructure gap between First Nations and the rest of Canada no longer flies in this coronavirus “pandemic context” where Canada is running a $300 billion deficit to power an economic recovery.

However, money is not the full answer, she said.

“Ensuring access to clean water for First Nations communities requires, ultimately, the thorough deconstruction of Canada’s colonial legacy and the dismantling of the Indian Act. For that to happen, of course, the rights of Indigenous people need to be both recognized and implemented…. First Nations and other Indigenous peoples need to exercise the right to self-government…. Self-governing nations are and will be able to exercise their rights and autonomy while the federal government will always retain a fiduciary obligation in that relationship,” said Philpott.

She reflected on her time as the first minister for the newly-created Indigenous Services ministry in 2017, a position she held for two years. She said the two “critically equal” issues were eliminating all long-term drinking water advisories on reserve and the high numbers of Indigenous children taken into government care.

“Lack of access to clean water and the over-apprehension of Indigenous children are closely related issues with many oversecting causalities and consequences,” she said.

The loss of their children due to lack of potable water was also a connection drawn by Ontario Regional Chief Glen Hare, who is co-holder of the portfolio for water for AFN.

He said children go to school dirty because water is not safe to bathe in. Then the province takes them away.

“That’s got to stop. That has to stop. No more Sixties Scoops. I really mean that,” he said, pointing out that the majority of long-term boil water advisories still in place are on-reserves in Ontario.

Philpott said when Prime Minister Justin Trudeau promised to do away with all long-term water advisories on public systems on-reserve by March 2021, she knew there was an “enormous amount of work to do” on her watch.

An inventory of existing long-term boil water advisories was undertaken and numbered about 100. In 2018, she managed to lift a record-setting 38 advisories. She said the public service was pushed to do the work with the “overt message that failing on this mandate was not an option.”

However, that mandate has not been met.

Chad Westmacott, director general of the community infrastructure branch of ISC, explained to summit attendees that public measures needed to control the coronavirus pandemic resulted in human resources shortages and interruptions in the supply chain.

“These … continue to create delays in meeting infrastructure targets … resulting in delays to the expected lift dates for some of the long-term drinking water advisories, but we are committed to continuing to work with First Nations to address these in the fastest way possible,” he said.

Federal ministers for ISC, environment and climate change, and infrastructure and communities had been invited to the summit. However, a Cabinet shuffle the previous day forced the cancellation of their appearances.

He pointed out that ISC had changed the funding formula to now fully cover operations and maintenance of water and wastewater systems. Funding changes also saw an increase for operator labour and benefits, which would allow First Nations to retain their operators instead of losing them to municipalities which offered better wages.

Clarissa Brocklehurst, water supply and sanitation specialist, told attendees they had to ensure that Canada was held accountable on the international stage as well, including forcing the United Nations (UN) to “drill down” on data provided by the Canadian government.

“I believe that many countries, including Canada, have been getting a sort of free pass at the UN,” said Brocklehurst.

She believed that water supply and sanitation figures are being hidden within other statistics in surveys that gather information on wide-ranging topics. Because of this, it isn’t obvious that a small percentage of the population remains unserved.

“I think we need to advocate for a greater examination of the failings of countries that have sufficient resources to serve all their citizens, but this doesn’t become clear at the level of reporting back to the UN,” said Brocklehurst.

“We should pressure Canada to collect detailed information on who is being unserved or underserved and report on it globally.”

She said more responsibility had to be placed on the federal government “as the duty bearer” to ensure a reliable quality of service.

Until all First Nation communities have access to safe drinking water, the time needed to advocate for the protection of water sources will be difficult to find, said Curve Lake First Nation Chief Emily Whetung.

“We absolutely have to be aware of source water protection, but I think that we have to meet the necessities of life in order to get there,” she said.

A settlement in principle has been reached to compensate for individual and communal damages, she said, with court approval still to come.

“Canada is one of the wealthiest countries in the world based on the sale of resources that properly belong to the children of my children. It’s time they were held to account for those resources and allocate them effectively between inherent right holders and those we agreed to share our lands with,” said Whetsung.

This item is reprinted with permission from Windspreaker.com. See article HERE.