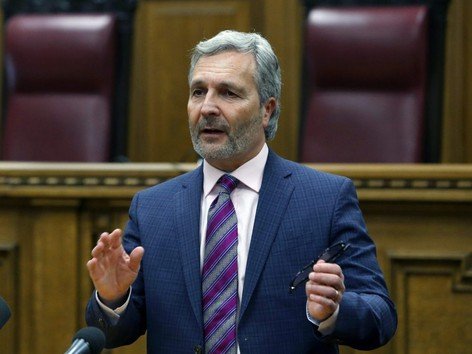 A judge has ruled that seven Manitoba churches that unsuccessfully challenged COVID-19 public health orders in 2021 will not be on the hook for any legal costs, because it was decided their case was in the “public interest” of Manitobans.

In May of 2021, The Justice Centre for Constitutional Freedoms, a Calgary-based group, argued in court on behalf of seven Manitoba churches that Manitoba’s public health orders put in place to slow the spread of COVID-19 could not be enforced, arguing they were a violation of the Canadian Charter of Rights and Freedoms.

They also argued that Manitoba health officials including Chief Provincial Public Health Officer Dr. Brent Roussin did not have the authority to impose health orders related to COVID-19.

But in October of 2021, Court of Queen’s Bench Chief Justice Glenn Joyal ruled against the churches stating that public health orders did not violate Charter rights, and that Manitoba health officials did have the lawful right to impose health orders and restrictions.

Those same seven churches learned earlier this month they will not be on the hook for any legal fees stemming from the case, as in a Feb. 1 ruling Joyal said the case was in the interest of the greater public and not just the plaintiffs.

“When I consider the nature of the dispute, it is difficult not to conclude that this proceeding does indeed involve issues in the public interest, which extend well beyond the immediate interest of the applicants,” Joyal wrote in his ruling.

Joyal also ruled that the plaintiffs in the case should not be forced to pay legal fees because he considered them to be “public interest litigants.”

“Despite my clear rejections of the applicants’ challenges, the applicants are not wrong to submit. Given the scope of the PHOs and the necessary restrictions implemented to address the pandemic, this litigation is one of the more significant constitutional law cases in Manitoba’s history.”

That church and its leaders faced more than $32,000 in health order fines at the time of the hearings, but Joyal ruled the case went beyond any single individuals or organization’s financial interests.

“The level of direct personal interest in the amount of the connected fines did not economically justify the legal proceeding, nor did it render their involvement open to the accusation that they were motivated by pure personal interest,” Joyal wrote.

During the trial Church of God Restoration Minister Tobias Tissen argued in court that he could not enforce public health measures at the church because it was under “God’s jurisdiction.”