Organizers of a Pride-related event scheduled for Thursday, June 29, in Grand Falls-Windsor, Newfoundland, say they had to cancel at the last minute after being told the Salvation Army leadership refused to allow them on church property.

“Pride GFW would like to thank the leadership of this church for yet another reminder of why the Pride movement remains important in 2022,” Pride Grand Falls-Windsor announced on its Facebook page. “We have clearly not reached equality for 2SLGBTQ+ folks in the eyes of all people.”

No one at the Park Street Citadel responded to a phone message asking for comment, but Pride GFW did issue a statement later in the day.

“Pride GFW looks forward to being guests at the Lions Club walking program in the very near future, which will be held in a place where ALL people will be welcome to join and walk together,” it said.

The walk was actually sponsored by the local Lions Club as one of its weekly Healthy Living Walks held on the citadel’s property.

The event was supposed to start at 6 p.m., and included a walk around the church trail followed by refreshments.

The Lions also announced the cancellation online, say it was due to “circumstances beyond the club’s control.”

“(W)e continue to explore other offers with the hopes of remounting the walk next week,” a Lions spokesman said in a statement to The Telegram.

He said Pride members will still be the invited guests.

Pride GFW’s Facebook was flooded with messages of support Wednesday, as well as condemnation of the citadel’s stance.

The group added a note of thanks later in the day.

“The members of Pride GFW are deeply appreciative of all of the support, kind words and offers we are receiving from individuals, organizations and businesses. We realize this support is for us as a group, but is also very much for every 2SLGBTQ+ person who felt hurt or demoralized after reading the post earlier today. We will work our way through all of the comments and messages and make another post tomorrow. Thank you all from the bottom of our hearts.”

Charlie Murphy, executive director of the 2SLGBTQ advocacy organization Quadrangle, said Wednesday faith groups like the Salvation Army seem to be “hit or miss” in terms of tolerance for the Pride movement.

Non-discrimination statements on the national Salvation Army website suggest it is not official church policy to ban or discriminate against any specific class or group of people.

Murphy says Quadrangle hasn’t encountered any institutional resistance in any of its activities — other than individual insults and slurs — but that the Pride season of June and July are when intolerant views pop up.

He cited the example of a rainbow crosswalk proposal initially being rejected by the town of Stephenville five years ago.

A year later, the Springdale town council did the same thing.

“It’s hurtful for our community who are simply trying to come together during the summer months to celebrate,” Murphy said.

Meanwhile, a member of Memorial United Church in Grand Falls-Windsor was quick to jump in when he first heard about the cancellation Tuesday night.

David Anthony, clerk of session, says Rev. Kim Waite called him to help co-ordinate an alternative venue at the church while she was out of town.

“The United Church prides itself on openness in every way, shape and form,” Anthony told The Telegram, adding that embracing gender diversity is a central tenet of its national policy.

He pointed to an official statement contained on the United Church of Canada website. It reads, in part:

“The United Church affirms that gender and sexuality are gifts of God, and that all persons are made in the image of God. We welcome into full membership and ministry people of all sexual orientations and gender identities. The United Church is opposed to discrimination against any person on any basis by which a person is devalued (search “Commitment to Inclusion” on United Church Commons.

“The struggle for justice against sexism and gender-based violence, and towards justice for people of all gender identities and sexual orientations, are fundamental ways in which the United Church seeks to transform structures and systems and be faithful to God’s vision for humanity.”

Anthony said Rev. Waite is personally focused on the cause of 2SLGBTQ acceptance, and has offered to open the church doors for kitchen and bathroom facilities for the walk, should organizers take up the offer.

“To quote (the reverend), ‘If they come with their tonne of crayons, colour our parking lot rainbow,’” he said. “Now I think that’s as sweet as it can get.” 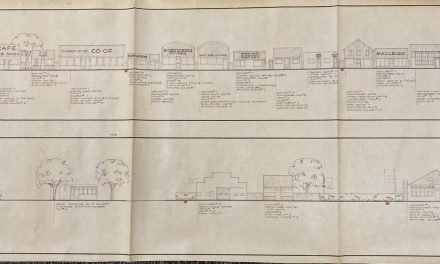 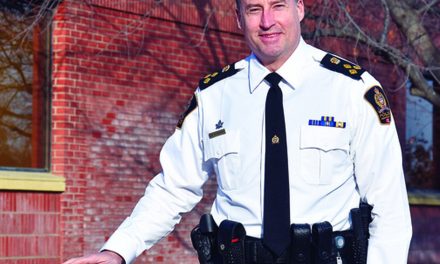 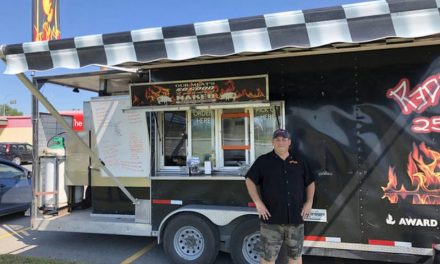 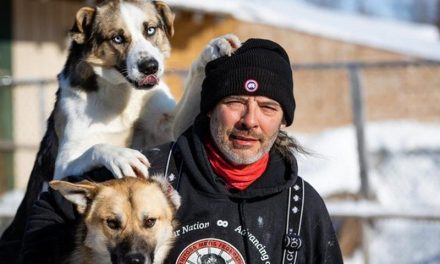