City mayor calls on silent majority to speak up 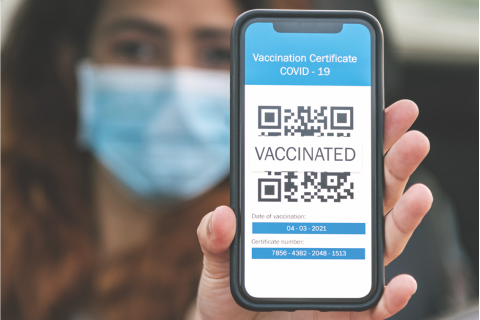 The mayor of Prince Albert is calling on what he said is the silent majority of people who are vaccinated to speak up when the noisy minority speak out against vaccinations or restrictions brought on by the COVID-19 pandemic.

Mayor Greg Dionne pointed out that almost 90 per cent of people aged 12 and up have received at least one dose of COVID-19 but rarely speak out when unvaccinated people are speaking their views in public forums.

“The problem that we have with society today is that we have a noisy minority and a quiet majority, so I hope the majority finally steps up,” said Dionne following the Dec. 13. regular council meeting.

Dionne’s comments came following a presentation from Dr. Khami Chokani, Medical Health Officer for the region, who updated council on the COVID situation in Prince Albert.

During the meeting, Dionne asked what percentage of the 38,000 surgical delays caused by full hospitals have resulted in deaths. While Chokani did not have the number available, Dionne said he has submitted a Freedom of Information request to the province to get the number.

“That’s why I asked about the surgeries and the death because come on silent majority, that’s not right. Thirty-eight thousand people now waiting on a list? I don’t know when our hospitals are going to get a break,” he said. “How many deaths have happened because they are waiting for surgery? I just wish this Christmas that people would really sit down and think about other people and not just yourselves.”

Right now, Saskatchewan has an overall vaccination rate of 70 per cent, but children under five are not yet eligible.

The province needs almost all of the entire population to be fully vaccinated if it wants to achieve herd immunity, said Chokani.

“That is still far away from the 85 per cent that we need as a population to have herd immunity,” he stated.

Case rates are higher in the lower socio-economic status areas of Regina and Saskatoon and also in Rosthern, Carlyle, Wawota and Kipling.

“The case rates there throw the achievements we’ve been making out of whack,” Chokani said.

While current official case numbers are low, he said that is likely to change as data collected from analyzing city wastewater shows a 900 per cent increase.

“Their reasoning for why there is what looks like an extraordinarily large number is because they could have been undercounting because of the lower viral load in the previous days,” said Chokani.

Three samples are taken weekly but not necessarily on the same day. Choking said the load could have been low in one sample but is balanced out by high loads in another sample.

“Either way it still is a significant increase because the last time we had an increase it was 430 per cent,” Chokani said. “If we are going to see a 900 per cent increase, that is worrisome.”

He said case counts have stabilized but they have done so at a high level and hospitals are still stretched. The province announced last week that it planned to deal with the backlog over the next three years by paying for some surgeries to be done at private facilities and by hiring additional staff in the public system.

Health staff take the case counts and use the information along with the rolling seven day average of positive cases to try to predict if there is an increase coming, but there are challenges.

One issue is that the wastewater sample data is already seven to 10 days old by the time it is released to the province.

“We have to get ours and look back. That has been rather accurate so far and it helped us to forecast and tell us how much of a hump we’re going to be facing,” Chokani said.

Another challenge is the use of the rapid tests at home as this information is not necessarily forwarded to officials. If people don’t seek the full PCR test following a positive rapid test, the case number is not counted.

Researchers have been analyzing wastewater samples from Saskatoon, the Battlefords and Prince Albert.

There is no information yet on whether the projected spike is due to the omicron variant, but Chokani said it is possible, given how omicron spreads.

“It’s got some of the features and we’re busy looking into that,” he said.

Right now, what it means is that people should continue to be cautious about protecting themselves against the virus as much as possible, including wearing a mask and being vigilant about handwashing.

“People have to remember it’s a package. It’s not only one thing,” Chokani said. He said UK data shows that omicron is affecting children more, a trend seen with Delta as it targeted people in their 40s and 50s more than seniors.

“What it shows is that it seems to be targeting more to that population. Children and that is a concern because we’ve only just started to vaccinate ours,” he stated.

Whether that is because the virus impacts younger people more or because they have lower vaccination rates is still unknown.

“It’s like you’re putting together all the ingredients for the dish that you’re making. So it’s how do we make sure that dish is not made,” Chokani said.

Chobani also said that no cases of COVID have been linked to transmission at city facilities in response to council discussion on their decision to require vaccine proof at all facilities or proof of a negative COVID test.

“That makes me feel good because we take the heat and we have been taking the heat,” said Dionne.