City of Melfort states support for Ukraine amid Russian invasion 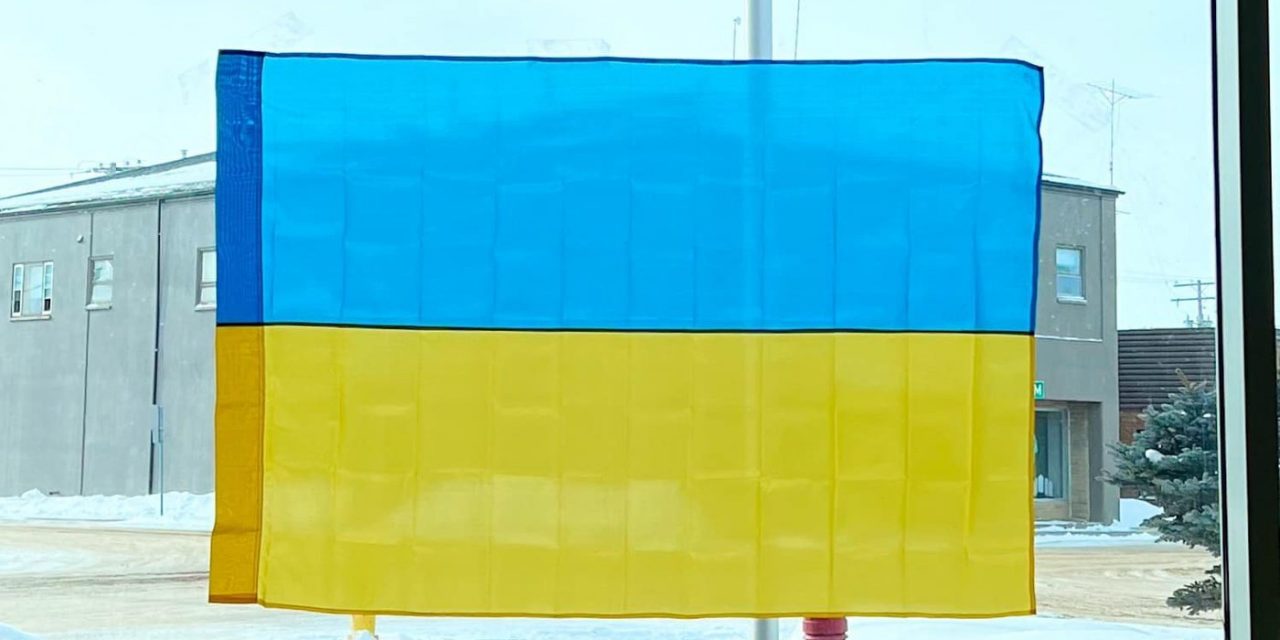 The City of Melfort has released a statement, vocalizing its support for Ukraine and the entire Canadian Ukrainian Community, amid Russia’s invasion of the country.

Adam Holmes, Melfort’s city manager, said their thoughts are with the Ukrainian community and what they’re going through.

“It’s obviously a very challenging situation in the world right now and when one country invades another country it’s important to show our support for the Ukrainians,” Holmes said. “There’s many ways the community can find support, checking out the Ukrainian Canadian Congress is a good option.”

Holmes encouraged donating to their website, which can be found at www.ucc.ca. He said the city isn’t planning anything else pertaining to the subject at the present time.

Canada has one of the largest populations of Ukrainians outside Ukraine. According to the 2016 census, there were 1.36 million people in Canada that said they had Ukrainian ancestry, about four per cent of the population.

Provincially, Terry Dennis, legislative secretary responsible for Saskatchewan-Ukraine relations, said that he and his Government of Saskatchewan colleagues are exploring all their options in providing support to Ukraine after the recent invasion.

In January, the province donated $100,000 in humanitarian aid in Ukraine, including speeding the immigration program for Ukrainian refugees, as well as waiving fees for Saskatchewan residents who are texting and making long distance phone calls with friends and relatives in Ukraine.