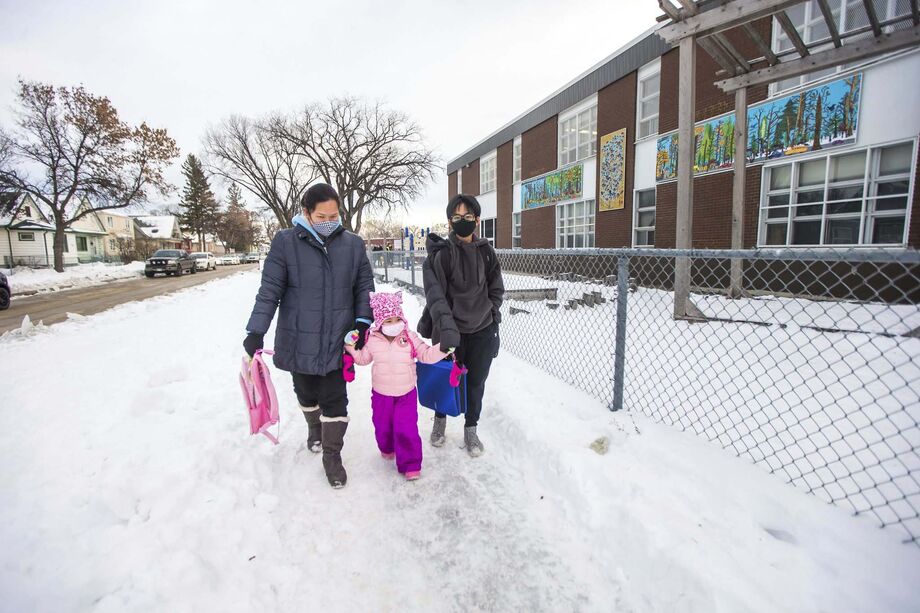 FAMILIES in Manitoba’s largest school division will no longer have the option to enrol children in full-day kindergarten.

The Winnipeg School Division said it will terminate all-day programming for hundreds of young learners at the end of the 2021-22 academic year, citing the results of a recent study that compared student development between graduates of full-day and half-day programs.

“It was very promising at the end of kindergarten, as far as the impact (full-time programs had) on social-emotional (development), learning, readiness for school, managing their positive behaviours so that they can engage in learning,” said Celia Caetano-Gomes, superintendent of education services in the division.

However, Caetano-Gomes said by the time the classes being studied had all finished Grade 2, there was little difference between the gains of students who partook in full-time kindergarten in comparison to part-time peers.

Full-day kindergarten, first introduced in WSD in 2013, includes three hours of instruction in the morning, an hour lunch break, and a two-and-a-half-hour afternoon session. Students enrolled in part-time programs only spend two-and-a-half-hours at school daily.

The division’s study of the former began with four elementary schools in 2015-16. The goal is to identify gaps in academic performance and students’ overall social, emotional, cognitive and physical development.

A total of $50,000 was earmarked annually for every classroom involved in the initiative, which was funded through a WSD surplus.

Report cards, social emotional development data, English and math assessments, community focus groups and attendance figures were collected between students at the the four schools and part-timers at schools with comparable populations.

Eleven schools— the four pilot schools, as well as Harrow, Fort Rouge, Earl Grey, Mulvey, Shaughnessy Park, Lord Selkirk and William Whyte — offer a full-time option for families that will be replaced by a part-time program in September 2022.

“That’s really sad for me. My daughter wants to go to school every day,” said Emely Camia, a mother of two students, the youngest of whom is a four-year-old enrolled in preschool at Strathcona, in the North End.

Camia said she was looking forward to sending her daughter to school full-time next fall, both because the pandemic forced her children to spend much of the last 20 months at home and the option is convenient for a working parent like herself.

Sheri-Lynn Skwarchuk, a professor of early childhood education at the University of Winnipeg, echoed Camia’s disappointment.

There is mixed research on the so-called fade-out effects of full-time programs, but Ontario recently made all-day kindergarten that is play-based and involves collaboration between teachers and early childhood educators universal in its schools.

Skwarchuk noted a recent study, which was published in the Journal of Educational Research in 2018, found full-day kindergarten children in that province were significantly more likely to meet provincial expectations for reading in Grade 3 than part-time graduates.

“In my own research, the kids who start off behind in school have difficulty catching up,” said Skwarchuk.

She added that even though there may not always be academic differences, a full-time option may affect a family’s quality of life.