Comet Leonard is coming to town 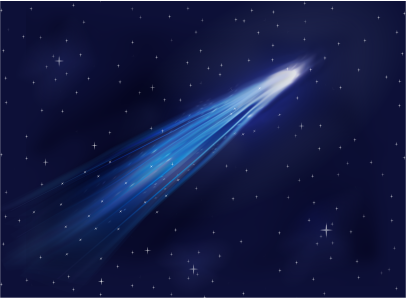 This holiday season the stars will align, potentially allowing human eyes to see the Comet Leonard for the first time.

“It’s worth watching because it’s a Christmas comet and it passes by three  planets in the western sky right now kind of like the Three Wise Men,”  said Tyler Foster, Brandon University professor of physics and  astronomy. “It’s kind of called the Christmas comet because it will  still be visible on Dec. 25. It will be very low in the southwest sky,  east of Venus.”

He plans on taking out a pair of birding  binoculars and heading out west of Brandon to catch a glimpse of the  comet in the early mornings.

The best time to see the comet,  which can be located in the constellation Coma Berenices, right below  the handle of the Big Dipper, will be around Dec. 6. But viewers will  have to get up in early because it will be most visible in the western  sky in the hours leading up to the sunrise.

“Look for the Big  Dipper. Then look at the handle of the Big Dipper. You’ll notice the  handle forms a little arc, so draw an imaginary line through the stars  that form the Big Dipper’s handle. Follow that curve down, it’s going to  pass near a very bright orange star called Arcturus,” Foster said. “The  comet on Dec. 6 will just be north of Arcturus.”

The comet will pass Jupiter, Saturn and Venus in the southwest sky around Dec. 15.

Foster  said in general, comets are best viewed with binoculars, but it may  even be possible to view Comet Leonard with the naked eye.

“Telescopes,  they’re just overkill. Comets are really big in the sky, they have long  tails, they’re diffuse. A telescope is just going to magnify the heck  out of it and you’ll just see a large fuzzy image,” Foster said. “With  binoculars, you get a nice, wide field of view, you see the comet with  its tail with the background of the stars.”

While the comet could  potentially be viewed from inside the Wheat City, Foster said, those  looking to bear witness to Comet Leonard should head west and find a  spot with as little light pollution as possible.

“This comet is  interesting, I’m going to check it out myself, and that’s saying  something,” Foster said. “I really want to see this one because it’s  called an ultra-fast comet — it’s really whipping throughout the sky.”

Comet  Leonard moves at the blistering speed of 71 kilometres per second  towards the sun in an unusually elongated orbit of about 70,000 years.

The  irregular orbit of the comet has created an extremely elongated  eclipse. Foster compared it to a long cigar with the sun serving as the  tip. The comet would travel around the cigar and when it is really close  to the tip, it moves remarkably fast, only to be thrown way out to the  other end of the rotation, slowing it down and keeping it on the  opposite side of the cigar for tens of thousands of years.

Foster  said because the comet has not appeared in the night sky in eons, it  will be challenging to know how bright it will appear beforehand.

Comets’  brightness is affected by interactions with solar wind. As they get  closer to the sun, more and more solar wind hits the object, drawing out  a long tail. At this point, some of the gases in the comet will start  to fluoresce and light up.

“This little guy, I don’t even know if  it’s got this close to the sun, it could just be the result of a random  collision from the outer solar system beyond the orbit of Pluto that  injected it into this orbit.”

Opportunities to see a comet with  the naked eye do occur, and in some cases, it can be a brilliant light  show while others may be lacklustre.

Foster cited the Comet Hyakutakein 1996 and Comet Hale-Bopp in 1995 as the most recent.

“Those were as bright as almost a full moon. None have been as spectacular as those ones from the ‘90s.

“But,  it’s really hard to say how bright and how pleasing a comet will appear  to be. [Comet Leonard] could turn out to be spectacular, or it could  remain just a fuzzy blob in your binocular eyepiece. We just don’t  know.”

When it comes to reading star charts and tracking  comets, Foster advised to start with identifying the three basic signs:  the Big Dipper, the Little Dipper and the North Star. Using these can  allow someone to find almost any constellation.

Foster recommended  picking up a copy of Sky Telescope, SkyNews and Astronomy as the  publications publish a map of the entire sky each month showing what the  sky will look like around 9 p.m. He added the Stellarium PLUS app can  also be used to help navigate the night sky.