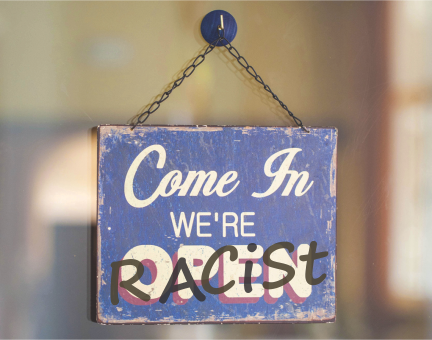 When Kaslo Councillor Molly Leathwood asked if they could pass a bylaw against racism at the December 6 meeting, some of her fellow councillors thought she was joking – but quickly realized she wasn’t.

“Perhaps it would give us more power when those kind of things happen?” she asked, quite seriously.

Leathwood was responding to initial information the Village had received from its lawyers about offensive signs posted inside a storefront at 423 Front Street, in Kaslo’s downtown. Residents have complained to the Village that some of the comments are transphobic, racist, or generally offensive to minorities. The storefront has been the site of small demonstrations in opposition to the sentiments expressed.

But the lawyer the Village consulted after council first heard complaints about the store in September says there’s not much the local government can do.

“The Village has no authority to enforce provisions of the Criminal Code or BC Human Rights Code,” a report from staff said. “To the extent residents feel this signage breaches either, they can contact the BC Human Rights Tribunal or RCMP.”

The report goes on to say the Village’s heritage or sign bylaws don’t apply because the offending notices are posted inside the building. And as it’s an empty space, there’s no licencing leverage either.

Not only that, the Village has to protect people’s rights – even to be offensive.

“It has to be done very carefully so we don’t cross over into territory that is not our authority,” said Corporate Officer Catherine Allaway. She then quoted from a legal opinion the village received: “The Village must consider the implications of any decision on the Charter rights of the property owner, including their freedom of expression,” she said. “Where a Charter-protected right or value may be impacted, the municipality must consider how to minimally impair that Charter value and to ensure the impacts of its decision on Charter values are proportionate to its goals.”

Councillor Kellie Knoll asked if any other cities had anti-racism bylaws or policies.

“Certainly we can have policies that affect how a business does its business,” said CAO Ian Dunlop. “But when it comes to private property and private expression, that’s where you get into this grey area where local government has no authority to judge, unless it’s completely blatant.

“It’s one thing to find something offensive, but we’re not a court of law to say whether or not it crosses that line…”

Councillor Van Mill suggested people should contact the RCMP if they think the signs break the law.

“We’re all allowed to express our opinion… there are persons [for it] and persons against it,” he continued. “I walk by that place. It’s not something I would want to do to advertise on my window… but I don’t think it’s picking on anyone in particular…”

“This is where the BC Human Rights commission comes in. They are set up to deal exactly with these types of situations,” Dunlop added.

While council received the report, the issue came up again during public question period.

“I understand that you are unable to legally do anything about signs that are posted in a privately owned building,” said resident Margaret Smith. “But are you able to lead by example, and as the elected governing body of Kaslo, are you willing to publicly denounce racism and transphobia?”

A second citizen agreed, saying there were steps the council could take.

“There are many municipalities across Canada that feel it is their responsibility to stand up against racism and discrimination,” said Dr. Shelina Musaji. She also took issue with Councillor Van Mill’s comments that the signs didn’t pick on anyone in particular.

“I beg to differ. I have patients – youths, others – who are quite offended with those signs that definitely target gender, target sexual orientation, and target race… and many of us feel those are targeted signs. And as a municipality, you can challenge this, to show that you do have solidarity with people and you will not stand for a non-inclusive place for us to live.”

Hewat reiterated they would be discussing what they could or couldn’t say about the signage after they held their in camera debrief on the legal opinion at the end of the meeting.

It’s in the OCP

The mayor next addressed the issue in a statement on December 10, reiterating that legal opinion had been sought on the matter.

“I recognize that we are looked at as leaders in our community and that there is an expectation that a strong position should be taken when sensitive matters arise,” she said. However, she added that “rushing to make a reactionary decision in the heat of the moment rarely leads to good decisions.”

Calling for understanding and compassion, Hewat said the while local governments can’t impinge on individual freedom of expression, she also emphasized that no one should feel threatened or unsafe in the community.

“Respecting each other is one of our core values, and Council voted to enshrine this in the upcoming update to the Official Community Plan,” she said.

The preamble to the plan, which sets out land use guidelines and other values for community development will now state that “Kaslo is a diverse, inclusive, and welcoming community.”

This item is reprinted with permission from Valley Voice, Kaslo, British Columbia. 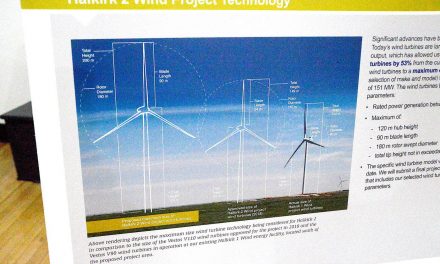 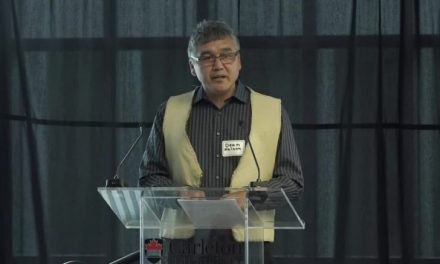 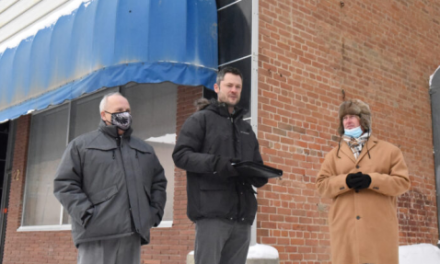