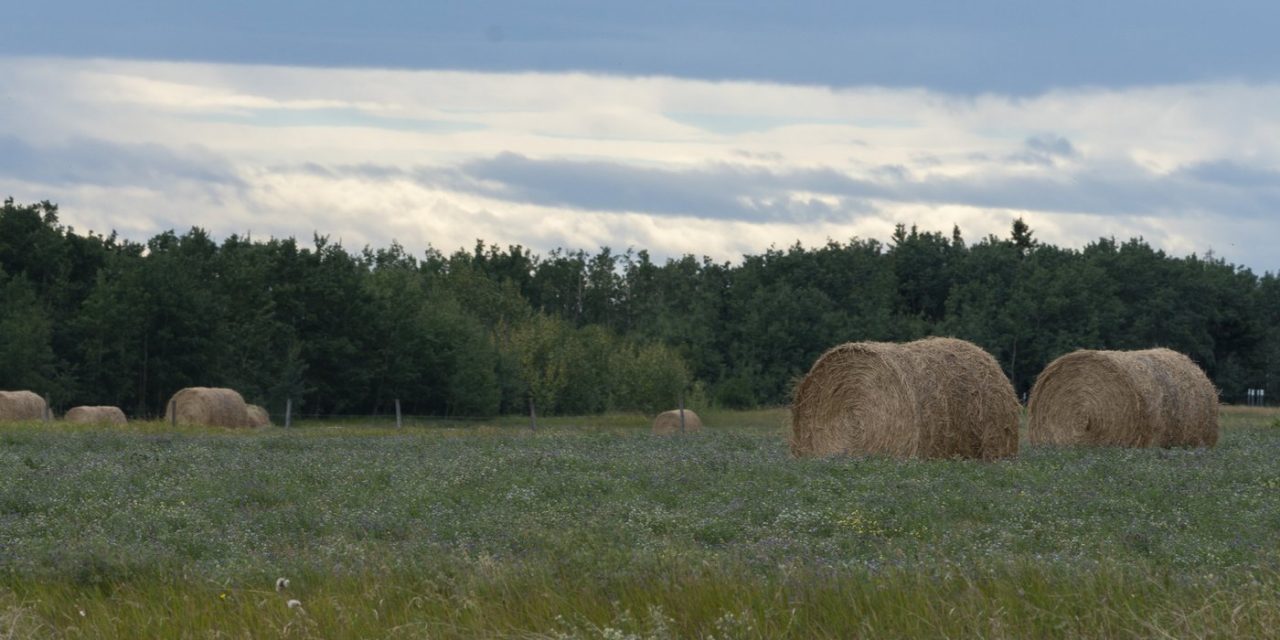 South Peace producers may be advised to pay heed to the University of Manitoba (UofM) 2020 prairie cover crop survey.

The survey found that prairie farms may benefit from cover crops after 81 per cent of their respondents said they had received at least one benefit of growing a cover crop.

The most common benefit is improved soil health, according to 54 per cent of the respondents. Seventy-three per cent observed benefits in the first three years.

According to the report, the survey was focused on the prairie provinces, where cover crops have often been viewed with skepticism due to the short growing seasons and unpredictable weather.

Still, it isn’t unheard of in the South Peace, says Andre Harpe, Valhalla producer and Grain Growers of Canada chair.

“Everybody leaves the straw, and that’s sort of a form of a cover crop,” says Harpe.

A cover crop is grown to cover the soil during times when soil would otherwise be bare and mimics a natural ecosystem where plant life continually grows, explains the report.

The survey says cover crops can take two forms = either a shoulder-season crop or full-season crop.

Shoulder-season crops provides protection to the soil between the cash crop harvest and the planting of the next cash crop.

A full-season cover crop is grown to provide soil cover over a full growing season, either in place of a cash crop or in between rows of perennial crops.

“Farmers want to know how to use cover crops to meet their goals,” said Callum Morrison, a researcher in the UofM Department of Plant Science.

Harpe said many buzz words are flying around the agricultural world, such as regenerative farming and cover crops, but the only thing most producers are taking from their fields is the seed.

“The only thing I take out of my field is seed. I put everything back to the soil.”

Harpe said that generally speaking, many fields become their own ecosystem which helps keep the soil healthy.

The UofM study had a total of 281 farms respond to the 2020 survey, with it being relatively evenly distributed over the prairie provinces: 37 per cent from Manitoba, 32 in Saskatchewan and 31 in Alberta.

The survey found that the most common problems of cover crops were climate-related.

The short growing season comprised approximately 30 per cent of the respondent issues. Twenty-seven per cent reported having moisture problems.

Only four per cent of the farms implementing cover crops had reported a drop in profit.

Twenty-four per cent with cover crops showed an increase in farm profit.

This item is reprinted with permission from Town & Country News.