Cows on the Planet a new and innovative podcast 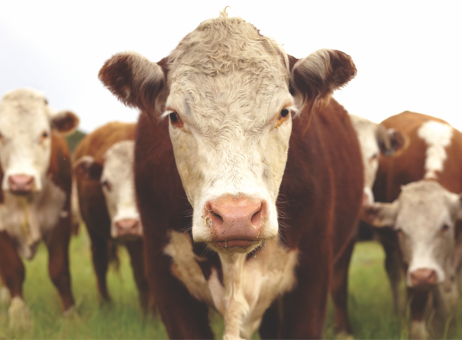 After one year of technical trouble, new software, and facts varying from feedlots to lab-grown meat, the podcast Cows on the Planet is looking forward to starting their Season Two.

Run by Dr. Tim Mcallister, Dr. Kim Stanford, and Dr. Kim Ominski, Cows on the Planet discusses some of the more controversial aspects of the cattle and beef industry, hoping to shed light on both sides of these issues.

“There’s some fairly special interest groups that just present one side of the story,” said Stanford, “We’re trying to get scientists and other people that are experts on the subject matter to present for both sides of the story. That yes, this can happen. But this can too and maybe it’s a little bit complicated. Some of the things we’re trying to talk about are things like greenhouse gases and climate change, and, and the role cattle are playing in that.”

Stanford’s background is with Alberta Agriculture, and she often gave seminars for producers, but noted that there hadn’t been something like this done before, where the information was presented to the general public, as well.

“We go out there, everywhere. You just have to look for Cows on the Planet. And we’ve got 12 episodes that have been released. So far, we’re planning to do 36. We’ve got some others already recorded. We’re just just still in the editing process. We plan on releasing a couple every month. And over the next two years, so this was the first year of our podcasting, we and so then we’ll go have Season Two next year,” said Stanford.

The first episode, addressing whether feedlots were cruel to cattle, aired in July 2021, about six months after the idea started to come together. Those six months consisted of applying for grant funding and learning some of the various skills and software required to put together a podcast episode, said Stanford.

“So when it comes to working on a podcast, we’re working with the podcast recording software Zen caster, and like just learning any sort of new software platform. I guess we’re experts now because we’ve made, I hope, all the mistakes, so starting out in the summer was when we were first starting,” said Stanford. “We had some pretty interesting things happen with our second guest. We thought we had everything all recorded and then none of his tracks were somehow recorded even though we thought things were all fine. So yeah, we’ve been learning as we’ve been going on, we’re definitely not professionals. We’re just, we’re giving it the old college try.  It’s taken us some practice to figure out how to go about it. I guess like everything you hope you get better with time? And I think we’re becoming more comfortable with the podcast as time goes on. And we’re having, I think, more fun.”

“I think the great part is just how much I like learning about all these different areas and getting to talk about things like biodiversity. We had an early episode on that. And that’s not something that I ever like, as a scientist I work with but learn, learn a lot from just talking to the guests and studying up a little bit on it before the podcast. So that was a great episode, the episode on how much cattle contribute to climate change. That was a lot of fun, too. So those are and the just the recent one on lab grown meat was one of my favorite episodes as well. So lots of fun and some great guests. It’s not all not all technical challenges. It’s nice visiting with people from all over the world and getting to hear what they’re working on and some of the really good things that they’re doing,” said Stanford.

Cows on the Planet is available for listening anywhere podcasts are hosted.

This item is reprinted with permission from Prairie Post East. See article HERE.