Current of restoration flows through council over Cottonwood Creek 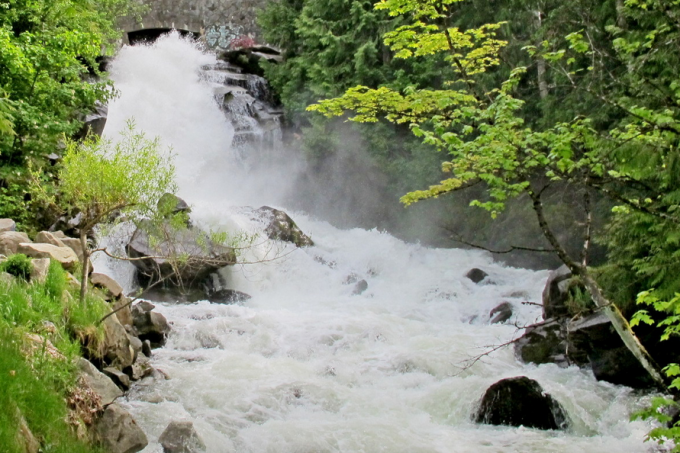 The call continues to put the restoration of one of the city’s most treasured, and beleaguered, waterways back on the front burner.

Cottonwood Creek, as it winds its way through the lower portion of the city’s Railtown district, has again captured the attention of some on council and the push for returning the creek to its natural state has re-surfaced.

Coun Keith Page brought up the discussion of the natural asset of the creek while city council was briefed by city staff on the potential for developments in the Cottonwood Park and Railtown areas.

Page felt the mantle of restoration of the creek needed to be taken up again by the current council.

“I know it’s been a passion of a lot of people in the community and former councilors, and I would just ask us and challenge us, how do we get to a place where we have a really strong environmental idea of what the creek needs?” he asked in council.

“We talk a lot here about how a lot of this stuff is borne from really good planning, and how those foundations have been laid, and what I haven’t seen in any of our planning is a plan for that creek and what that would look like over the course of the next 50 years what concrete walls have to come down and where, as those opportunities come up,” he asked.

Page wondered what would the biology need to bring back the spawning fish to the creek.

“This used to be a very productive, a very robust spawning head for the kokanee,” he said, with the target fish species to include kokanee, bull trout and rainbow trout.

“I know the creek has certainly been re-directed, and we have challenges around CP, but I really think we need to challenge ourselves and lay down a plan of what that (restoration) does look like.”

Page felt the city should spend some money finding out “what that creek needs over the course of the next (few decades) to be productive and be the gem stone of Railtown that it could be, on top of just the railway.”

City manager Kevin Cormack said the Nelson Rod and Gun Club had done some work in that area (2016) but the barriers to full restoration revolved more around the CP lands than it did in any of the city portions of the creek.

“Certainly, when we replaced the bridge/culvert at Baker Street, that had all been restored to fish habitat,” he said. “So when we are doing those projects we incorporate (restoration) in.”

Mayor John Dooley said the city has had many conversations with CP over the creek throughout the years.

“It’s never been off the radar really for most people and it’s come up with most every council,” he said.

But there are two main barriers there: private land holdings that are straddling the creek; and CP lands bounding the creek.

“It wouldn’t be an easy task but it’s never been off the radar,” Dooley explained.

Cormack said it was time to unearth the Cottonwood Creek restoration information in possession of the city and see if there was something that could be advanced.

“We will try and figure out what we have and we will re-circulate it and have some further conversations,” he said.

Before development in the 1890s Cottonwood Creek was an alluvial fan, and was moved to accommodate the airport and the rail yards.

Wading into the waters

Improvements were made to the creek — between Kootenay Lake and Baker Street — to upgrade fish habitat and restore fish to the creek.

But currently some of the creek section is encased in concrete and is devoid of functional fish habitat.

The club identified those lower sections of Cottonwood Creek — between the Baker Street Bridge and the West Arm of Kootenay Lake — as having tremendous potential for fish habitat. Both sections have been studied and a draft fish habitat rehabilitation report was prepared in 2010.

Up until 2013 the club had been pursuing avenues of funding to start the work, until the city suggested putting the project on hold because the Railtown project was in development, as well as the question of the transfer station lands.

With those questions now answered the work can begin anew on negotiations with CP Rail on freeing up the waterway lands for rehabilitation.

The creek section that was identified as being the most degraded — and thus having the most potential for improvement — was owned by CPR.