Officials with Medicine Hat’s Bunny Run Rabbit Rescue say they’ve been contacted numerous times throughout the past month with inquiries of what to do with baby cottontail rabbit litters, seemingly abandoned by their mothers.

While Bunny Run Rabbit Rescue president, Amanda Hennessey, believes those contacting the organization have good intentions, she discourages them from disturbing the rabbits if they are not in immediate danger.

“Rabbits are a little bit different than most other animals,” Hennessey told the News. “The mothers will only tend to their young for about 10 minutes, twice a day. And they do it under the cover of darkness. They try to keep the location of their babies as secret as possible so as to not lead any predators to them. This can look like neglect, but it’s not.”

Instead, Hennessey recommends leaving cottontail rabbit litters be, as the mother will return to them when she deems it safe enough to do so.

“It only takes about a week for the babies to start getting big enough that their eyes start to open and some of them can venture out of the nest,” Hennessey said. “They usually do a pretty good job at making their way back to mom, but if people come and pick them up, then the mom can’t help them get back to the nest.

“It’s best if you can avoid bothering them at all. They don’t like to be handled very much. It’s scary for them.”

Cottontail rabbits are commonly seen in Alberta, especially during the spring and summer breeding months. They have a dusty brown coloured coat and white tail.

Cottontails are wild rabbits, genetically different from, and unable to breed with, domesticated rabbits. Since they are classified as wildlife, rescue organizations like Bunny Run are not able to handle them.

“We aren’t allowed to deal with wildlife. We can offer advice but usually the advice is just leave them,” Hennessey said. “If you have to pick them up to move them out of a busy road or away from an animal, it’s best to put them back nearby where you found them.”

Nevertheless, Hennessey thanks Hatters for their concern for the well-being of Medicine Hat and area’s rabbit populations. She encourages anyone with concerns relating to domesticated rabbits to reach out by calling 403-928-0170 or emailing [email protected].

“We love that people see a bunny and think of us, but we do need to make sure we aren’t unintentionally moving these poor babies away from their mothers,” she said. 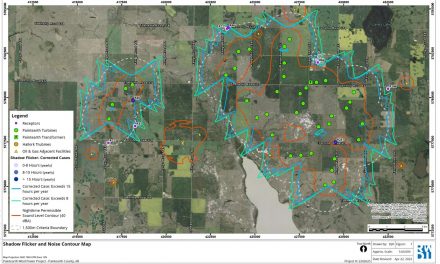