As Keno City grapples with the imminent loss of its waste transfer station and other services, local outcry dovetails with problems caused by renewed mining in the region.

In 1989 both Keno City and Mayo faced uncertain futures after the United Keno Hill Mine closed abruptly and the company-owned town of Elsa was abandoned.

In 2006, a junior company, Alexco Development and Remediation purchased the remaining assets and liabilities of United Keno from the federal government and their receiver for $410,000 and a $10 million deposit, with a court-approved intention of ultimate reclamation which wouldn’t require ongoing water treatment.

Since this time, Mayo and Keno City have had very different relationships to Alexco’s mine redevelopment projects in the Keno Hill area.

One community has a comprehensive benefits agreement through Na-cho Nyak Dun, while Keno City residents were promised mitigations but have experienced a slow decline in their quality of life.

Dawson City’s Allie Winton is a geographer who conducted her master’s thesis exploring the complex social impacts of mine closure and redevelopment of the area. She completed her thesis in December 2020.

Winton found that Mayo and Keno City were affected differently by the renewed mining activity. Each had suffered from the sudden closure of the Elsa operation, but the subsequent redevelopment boom did not bring the communities back together.

Many Keno residents protested the new development, while the municipality of Mayo publicly supported the mine. Winton found the ghosts and loss from the mine’s closure hanging overhead had not healed.

Brad Thrall, president of Alexco, divides his time between Vancouver and Keno City. The plan to combine remediation with mining jumpstarted the company, he explained.

“We were focused on environmental reclamation and remediation at the time, and we also have a mining operations development background as well,” Thrall said. “It was a combination of environmental and operations kind of start to our company.”

Alexco has since built a flotation mill less than a kilometre from the central stop sign in Keno and developed three adjacent mining properties extracting silver. The promised remediation and closure plan for the Elsa site is only now going forward to the Yukon Water Board, 15 years after the initial purchase.

For the most part, Mayo and Na-cho Nyak Dun (NND) have reaped the benefits of good relations with Alexco. Thrall explains that the comprehensive cooperation and benefits agreement with NND “is fairly typical of what you would see in a modern agreement.” It includes joint venture and business contracting opportunities, employment, scholarships, legacy funds and operational support for project reviews and assessment processes.

Keno City is still waiting for its socio-economic mitigation plan to come to meaningful fruition.

In the meantime, residents have lost their quiet, their promise of an arts and tourism economy, their sense of autonomy and recently — through no fault of Alexco’s — rural government services.

Keno City residents say their community has become akin to an industrial site with the steady hum of the mill and the ever-expanding tailings pile, with the mill occupying the best land available for community expansion.

Sonia Stange-Hepner regrets the absence of land use planning that allows industrial work so close to home.

“This whole area should have just been sectioned off and had a land-use planning done on what was acceptable; what wasn’t acceptable. Keno doesn’t care if there’s mining here, just don’t ruin our town,” she told the News.

Thrall said Alexco hasn’t forgotten its obligation to Keno City, whose concerns were reduced to a single term in the decision documents regarding Alexco mine proposals in 2013 and again in 2017.

“The Keno City Socio-economic Mitigation Plan shall be developed and implemented as soon as practicable, and shall be reported on annually,” the documents state, in an attempt to address the considerable concerns articulated in submissions and assessments of both Keno residents and the designated office.

The Yukon government regulator and the company both say that the socio-economic mitigation plan is actually four plans that are attached to the mining license — a heritage management plan, a noise monitoring, dust abatement plan and a traffic management plan.

Thrall added that the plans are currently under review by the Yukon government. He said they haven’t been finalized, but they have been updated and sent back to the government for review. He believes that not hauling or crushing ore at night, and driving on a bypass road is significant.

“We plan to continue to talk and have additional discussions in consultation with Keno City before those plans are finalized,” Thrall said.

Thrall also describes the remediation plans that are currently in process with the Water Board as a project ending in “essentially, perpetual water treatment” after four or five years.

“We’re building a new long-term facility to replace the care and maintenance facilities. So, after the four-to-five-years of project implementation, then there will be long term monitoring and water treatment that will go on for decades,” he said.

Alexco advertises itself as the majority-owner of one of the highest-grade silver deposits in the world. This was accomplished within the bounds of Yukon courts, review processes, without any regional land use plans, or a feedback system to enforce socio-economic terms and conditions.

Two of the latest submissions from Na-cho Nyak Dun regarding exploration and development say that they cannot support new development within the traditional territory until a land use plan is ratified with NND. The Umbrella Final Agreement envisioned land use planning to precede development. This is a ‘process remediation’ many believe needs to happen.

This item is reprinted with permission from Yukon News. 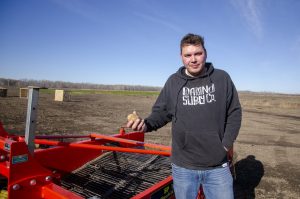 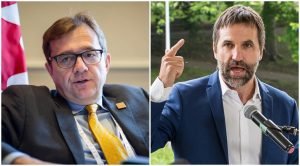