Critics of Artfest’s decision to partner with The Epoch Times are calling for the festival’s organizer to end the  partnership and be more transparent going forward.

A petition was shared on Sunday, with critics saying they still want to support the event and art that comes along with it, but don’t want to see this partnership continue into the Christmastime event in the Distillery District.

Katherine Wieser says she had young family members who were volunteers at the festival and she’s not okay with them being involved if sponsors are not going to be vetted.

She says as a whole The Epoch Times is something she doesn’t believe the arts community wants to be associated with.

“I’m uncomfortable with my children volunteering there if the sponsors are not being screened because in my view the Epoch times does not reflect the value of what an arts festival would,” Wieser said.

“I was disturbed that the arts festival would have a sponsor that so strongly appears to be politically motivated.”

Lory MacDonald, the festival’s organizer, has downplayed any criticism associated with the sponsorship.

MacDonald said the Artfest partnership is longstanding with The Epoch Times, but that for the first time this year the company requested a second booth to give out newspapers like some other media outlets, a request which MacDonald obliged.

She says she hasn’t read the Epoch times since the partnership was offered long ago.

“The Epoch Times has been promoting Artfest events for 15 years in the art & culture section of their newspaper. This is not new,” MacDonald said.

“It is not a monetary sponsorship, it is a cultural exchange. They include an ad in their paper to help draw visitors to Artfest and Artfest provides them with a booth at the show to promote Chinese dance, theatre and music… I read the Epoch Times newspaper once 15 years ago when they offered the exchange. But I have not read it since.”

For Wieser and others who have signed the petition, that is not a valid explanation from MacDonald, and the petition calls for more concrete action and ideally, an apology to the community.

Wieser says that ignorance of a company is not an excuse for helping them expand their platform.

“I think that people should be screening who they’re taking donations from regardless of what the event is and I feel that she was lax in that,” Wieser said.

“From what I gather, people were quite shocked that they were there… If Proud Boys offered her five thousand dollars for a sponsorship and she accepted that’s not acceptable in my mind for an arts festival.”

The Epoch Times is a far-right, multi-language publication affiliated with the Chinese Falun Gong movement and was primarily started in opposition to the Chinese Communist Party.

Some say the majority of Falun Gong practitioners, however, actually distance themselves from the newspaper.

Since that time, the paper has found a welcome base for its anti-communist messaging from far-right leaning North Americans and Europeans, and has pushed out content over recent years catering to that demographic.

The Epoch Times championed Donald Trump and was found to be the second biggest source of funding towards pro-Trump Facebook ads, and has widely spread misinformation pertaining to vaccines and QAnon theories in particular.

The comments sections on The Epoch Times web stories become a forum for conspiracies theories and far-right sentiments to run rampant.

A Friday story discussing the sentencing of Derek Chauvin in George Floyd’s murder, for example, is littered with conspiratorial comments.

“Another political sentence for a political prisoner. This is not justice based on facts. It’s political appeasement of the race-baiting democrat mob,” one poster wrote.

MacDonald said in light of people finding out about the partnership, a very small group has been targeting her personally.

She says Artfest does not engage in political or religious agendas and needs to remain neutral.

“My concern is that people enjoy the show and that we are inclusive. By telling people to not come to Artfest, it will only result in hurting the participating artists who are trying to make a living selling their work,” MacDonald said.

“Dialogue and conversations about controversial topics are always warranted, but Artfest is not the venue for this. We are here to celebrate the arts. If we start editing and excluding ideas, opinions, and people from Artfest, is that a good thing? I am not sure it is.”

Critics contest however that Artfest should not be giving The Epoch Times a platform to spread hate, and that some artists involved have spoken out about being unhappy the media company’s inclusion.

The petition has gotten just over twenty signatures in the last day, with signees calling for the relationship between Artfest and The Epoch Times to be terminated, and for MacDonald to be more transparent about sponsors involved in the event going forward.

This item reprinted with permission from YGK News, Kingston, Ontario 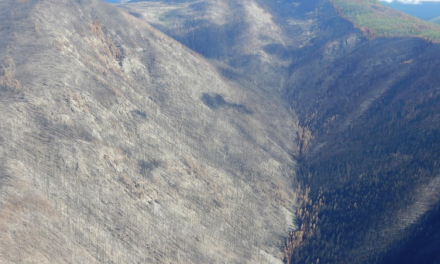 Effect of Octopus Creek wildfire to be felt for years: report 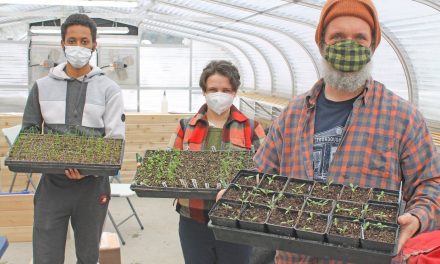 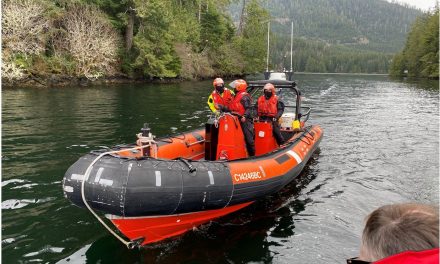