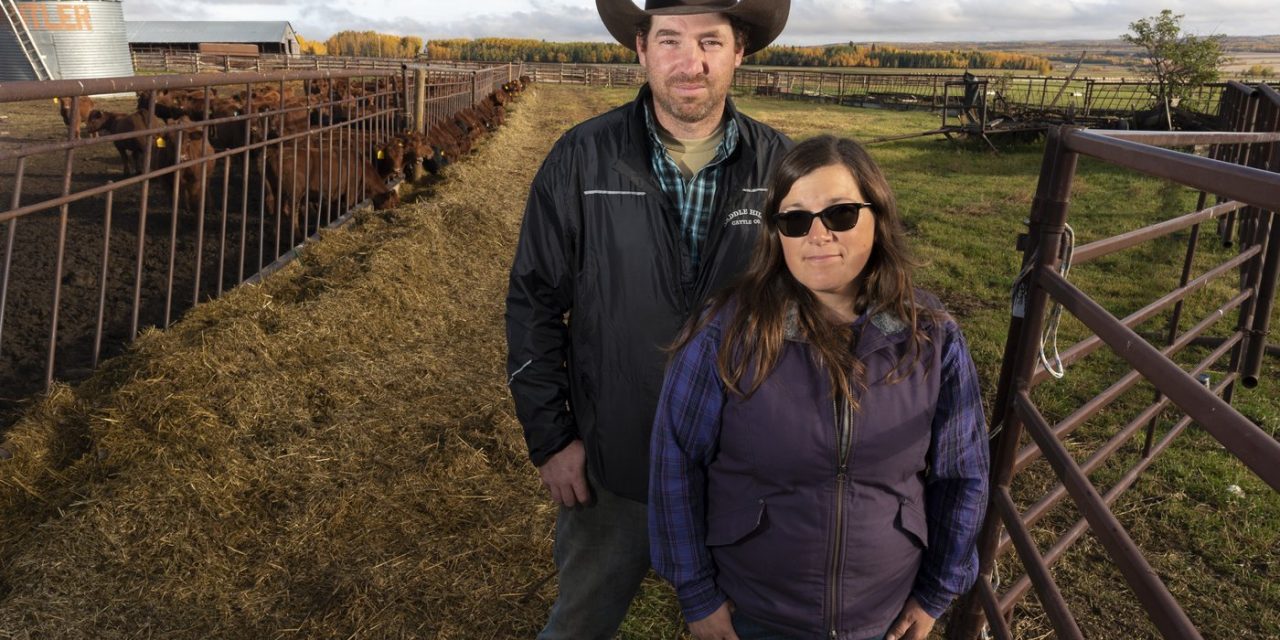 South Peace cattle ranchers will see some relief after a record-breaking summer of drought.

They can now apply for up to $200 per head after $340 million was allocated to the AgriRecovery program earlier this month in a partnership between the province and federal government.

On her ranch — Saddle Hills Cattle Company — they grow their own feed. Like other producers across the province, 2021 yields are low.

“We only had a third of the crop that we would usually have.”

They have about 400 cow-calf pairs, and have had to wean the calves early this year due to the drought conditions.

The Conrads have relied partly on the kindness of neighbours and the community who have donated straw to help as they look to secure feed for their cattle over the winter.

“We can’t throw in the towel; this is our livelihood.”

Producers who have to spend more on feed as an extraordinary cost will be eligible for an additional $106 per head.

Conrad hopes that the additional funds will help cover the cost of feed that, due to drought conditions, have become expensive and hard to find.

She said ABP sounded the alarm early when grain producers told them the crop was starting to turn quickly from the extensive temperatures in the July heatwave.

“They were worried that (yields) weren’t even going to make cattle feed,” said Wowk.

“It depends on what part of the province you’re in and how long you have to feed for,” said Wowk.

“Guys in the southern part of the province can keep their cattle on pasture longer — as you move further north we have to start feeding sooner.

The goal of the ABP was “to get some money into producer’s pockets, to give them a little bit of breathing room so that they would be able to have a look around, see what kind of feed they can find because that’s the other issue, there just ain’t nothing out there.”

“This drought is so widespread that you can’t hop the province over and pick up some feed since there’s just nothing around,” said Wowk.

Local producers are resilient and expect to find solutions in the coming weeks, said Conrad.

“There’s no off-farm income,” she said. “We depend on cow herd for our life.”

Cattle and bison will be eligible for the initial payment of $96 per head, and Conrad said that part has been easy. It’s the additional receipt-based $104 that worries her.

The Conrads will have to buy the feed and hope they are eligible for the funds; additionally, the cost of grain or pellets (not including straw) this winter expected to cost them around $70,000.

The program is being administered through the Agriculture Financial Services Corporation (AFSC).

Producers can apply for an initial AgriRecovery payment through the 2021 Canada-Alberta Livestock Feed Assistance Initiative to help with costs in feed and water access for breeding female livestock.

The province says other livestock will be subject to different per-head payments.

This item is reprinted with permission from Town & Country News.