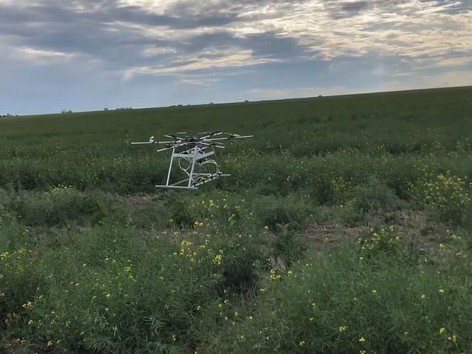 A straw hat and pitchfork aren’t the workhorses of farming that they once were.

Farmers may still wear coveralls, but researcher Lana Shaw says the “cutesy” public image of farmers from decades past has little to do with the high-tech agriculture of today, when tractors can drive themselves and drones dispense pesticides.

“Once in a while, I see an old farmer on an open-cab tractor dragging some old cultivator,” said Shaw, who is research manager at South East Research Farm and studies new agriculture practices. “(But) it’s not how things get done in the industry anymore.”

Farming advocates say that speaks to a disconnect in public understanding of agriculture’s deep history and its present value.

A recent Angus Reid poll commissioned by agricultural company the Climate Corporation found only about “12 per cent of Canadians saw agriculture as more innovative than other industries, and 37 per cent say they don’t know how the use of technology in agriculture compares to other Canadian industries, with 14 per cent believing the use of technology is less advanced than in other Canadian Industries,” according to a news release.

Todd Lewis, president of the Agricultural Producers Association of Saskatchewan, said that doesn’t jive with the industry he knows, where farmers were first in line to adopt technologies from plant breeding to autonomous driving.

“I think people are surprised when they learn how much technology is in agriculture now, and how much it has really improved,” he said.

Public support for the sector in Saskatchewan and Manitoba was among the highest in Canada at 93 per cent, the poll reported.

Shaw said age may play a role in the sector’s technology uptake. Farmers older than 55 accounted for more than 55.9 per cent of operators in 2016, according to StatsCan.

However, both she and Lewis noted many Saskatchewan residents who once had a direct link to a farm have lost touch with those roots.

The lost connections may mean some “don’t know quite how much of a role technology plays in agriculture these days,” Lewis said.

That may also be due to the fact that a “loaf of bread, a sirloin steak and a glass of milk haven’t changed much,” said professor Peter Phillips, who studies agriculture innovation and public attitudes toward it at the Johnson Shoyama Graduate School of Public Policy.

He’s impressed that even 12 per cent of respondents said they see farming is more innovative than other sectors. For all its advances, farming’s deliverables still appear to the public as familiar food products, unlike the snazzier upgrades in fields like health care, Phillips said.

Lack of awareness about sophisticated, capital-intensive technology like self-driving tractors is only thrust into the spotlight when something triggers the public’s attention, he said.

That happened previously with the debate over genetically modified organisms (GMOs), and he suggests gene editing — which is a method of selective breeding — may be the next trigger.

Many members of the public “want to think agriculture hasn’t changed, that it’s a bedrock of something that is sweat and toil on the land, and yet it’s like every other sector,” he said.

This item is reprinted with permission from The Star Phoenix. See article HERE.