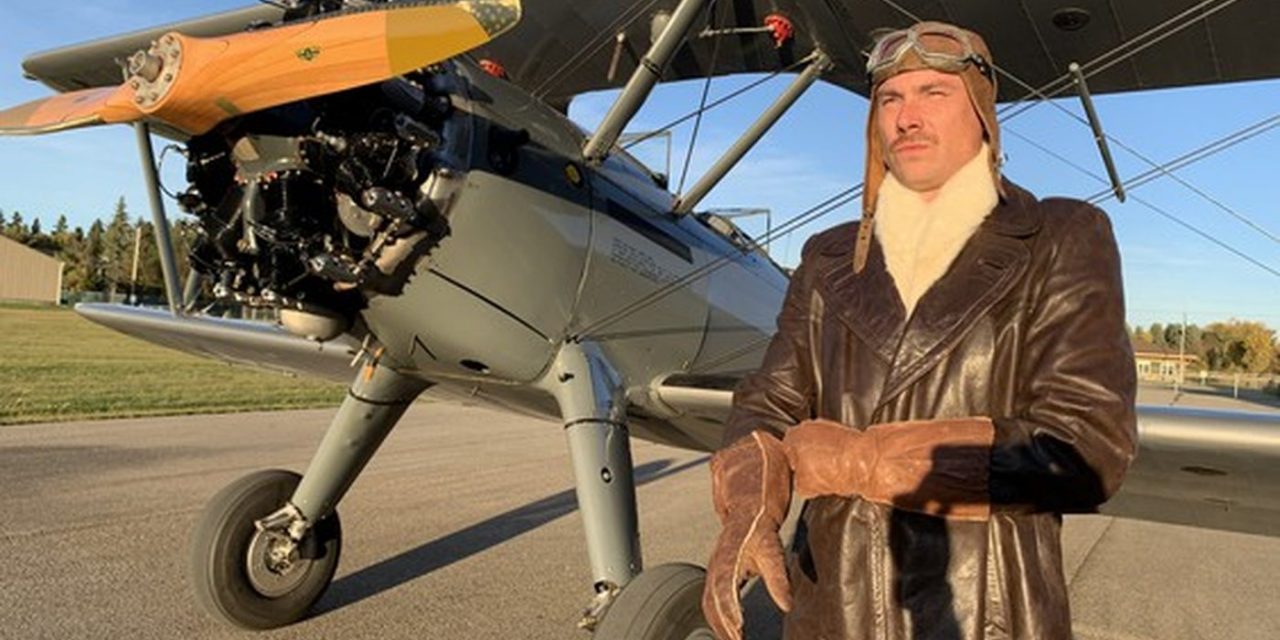 A new film about the legacy of pilot Wilfred ‘Wop’ May has received the jury award for best documentary short film (Alberta) at the Edmonton International Film Festival (EIFF).

Blind Ambition: The Story of Wop May chronicles the life of one of Canada’s most celebrated pilots. May survived a dog fight with the notorious Red Baron during World War I and flew medicine to communities in northern Canada. May spent 1929 to 1935 running Commercial Airways out of Fort McMurray.

Originally the plan was to make a stop-motion animation short but based on conversations between co-director Frederick Kroetsch and the Alberta Aviation Museum the idea for the film was born.

Kroetsch’s co-director Tom Robinson said that the fact that May did a significant amount of flying after being blinded in one eye was one of the key elements to his story. May had been hit in the eye by a shard of steel while working on a lathe in Dayton, Ohio following WWI.

“He was a guy who was fading into history and we wanted to bring his memory back,” said Robinson.

“Not only was he a hero, but he was a hero who had to sacrifice things. He didn’t get to spend as much time at home as he would have liked. Part of our message is that this is an amazing fellow who did amazing things for Canada and the world but it did come at a cost.”

May also flew the first airmail to the Arctic, formed the first Canadian flying club and the Royal Canadian Air Force’s para-rescue group. In 1932, May made international news by being involved in the manhunt of the “Mad Trapper.”

The search for Albert Johnson, a trapper who shot one police officer and killed another, marked the first police manhunt by air. Fort McMurray Heritage Village has a cabin dedicated to May and archivist Kailey Gordon said he was instrumental to the early days of aviation in the region.

“He was an amazing guy,” said Gordon. “He lived in a cabin on Franklin Avenue. We have a picture of one of his airplanes, a seven-minute video about him and the propellor from one of his planes.”

May’s son Denny was instrumental to the project but passed away just before the premiere at the EIFF this past weekend. Robinson said Denny was an incredible storyteller and that the project wouldn’t exist without his contributions.

“Denny was so generous with his time,” said Robinson. “He was such a nice, kind man. It was great listening to him because he was such a practiced storyteller. That comes across in the film. It was so heartbreaking; I had spoken to him the night before the premiere.”

The film was shot on location in the Edmonton area and includes recreations shot on 35mm film and an original score from a 50-piece orchestra.

Blind Ambition can be viewed online until the end of its run later this month through the EIFF’s website. The plan is for the film to be part of the Wop May exhibit at the Alberta Aviation Museum.

“He really brought the thought of aviation as a commercial enterprise to the world,” said Robinson. “He was a guy who basically always said yes. If people needed help he was there to help.”