Fish farms, no keeping fish, among Big 3 fish debates in Powell River BC

“Look out on the water, and tell me how many boats you see,” Sam says.

On a bright sunny day with calm water, there was a single sailboat that could be seen on the Salish Sea.

“The Lund Harbour, both harbours out front, the Beach Gardens, all of our harbours are booked full beyond capacity – and yet none of those boats are out on the water. The boats are sitting idle despite the millions of dollars in investments recreational fishermen put into them.

Sam says there are no boats out there because no one is fishing, mostly due to the non-retention of chinook salmon the Department of Fisheries and Oceans (DFO) announced about four years ago. “Non-retention means catch and release. The problem is when you catch and release the fish it will often die, if not done properly,” says Sam.

Sam says it’s very important if you do practise catch and release, to not net your fish wherever possible. “This will give fish a better chance at survival.”

The non-retention of chinook is only one of the biggest local fish debates, according to Sam.

So what are the top three?

DFO closed the retention of chinook salmon because some upper Fraser River chinook salmon runs had low numbers. These fish also make up about 80% of the diet of endangered Southern Resident killer whales.

While qathet was included in this, recreational fishermen say they have seen the best fishing in our oceans in the past 20 years prior to the non-retention rules.

“The fish we catch here mostly come from Vancouver Island, the US, and our local hatcheries. We know this because of the Salmon Head Recovery program run through DFO shows us where our fish are coming from, and also a lot of sampling done by avid anglers,” says Sam. “We also know there’s plenty of fish here, simply by going fishing.”

“If you go fishing, in the summer you will see whales out front almost all the time, and see the healthiest population of seals and sea lions, and I’m sure you won’t see a skinny one. Meaning the seals and sea lions are eating fish, and there are so many of them because we have so many fish.”

“So you have the hatchery in Tla’amin, the hatchery at Lang Creek, and several hatcheries up and down the coast, which have put in years of work and volunteer hours to recreate populations that are meant to be fished by recreational and sport fishermen that can’t be fished until late summer, when the non-retention is over on July 15.”

The other side of this debate is that we need to protect the Southern Resident killer whales, as there are only 74 of these whales left compared to the over 200 whales before the 20th century.

Besides killer whales, according to the DFO website, almost half of southern BC chinook salmon populations are on either Canada’s threatened or endangered species lists.

“DFO needs to manage populations, not close everything. Not all areas have bad chinook populations; for us in the Salish Sea the non-retention of chinook kind of came out of nowhere.”

Sam said that yellow-eye rockfish have met the same fate as chinook salmon.

Yellow-eye are prized fish, and they are ‘long-lived’ – they can live to be over 100 years old.

“You used to be allowed one yellow-eyed, but they closed this fishery completely six or seven years ago, due to DFO reporting ‘low numbers.’ If you go out fishing, you are very likely to catch a yellow-eye every time.”

With some of the rules DFO has, Sam says anglers are catching and releasing several fish due to size restrictions.

“Both anglers and DFO need to do a better job with this.”

Back in 2017, shellfish tourism in qathet was huge.

“Shellfish tours of Powell River would take place and the tour guides would bring several people to beaches where they’d pick oysters. This went on for several years,” says Sam. “Well, the locals didn’t like this. If the tours were to keep up, most oysters would be gone in a short period of time.”

Sam said that people had been sending complaints to DFO, who recognized the problem.

“The fisheries officers did the best they could to control the issue but the tour buses kept coming.”

While shellfish tourism seems to have slowed, the overharvesting of oysters and clams is one of the top violations in the qathet area, says Sam.

“The Sport Fishing Advisory Board that I am a part of, took input from the locals and we reported to DFO.

“When we met with DFO, we suggested that we close all our beaches to shellfish harvesting during the peak summer months. The locals were happy with this because it would protect the shellfish on our beaches, but DFO said that this wasn’t a good idea.”

From the Discovery Islands to Lois Lake, fish farms are one of the quieter debates in qathet.

“Locally, we have the Lois Lake fish farm, which has been in operation for over 30 years, and has employed several local people.

“The debate here is that some of the fish escape from the farm. These fish are an introduced species and can interfere with resident stock (such as cutthroat trout),” Sam says.

“On the flip side, it has created a huge local recreational fishery, and has taken the pressure off all other lakes in the qathet region.”

Sam said that recently, the Lois Lake fish farm switched to a closed containment system meaning that fish escapement will be reduced in the future – hopefully.

The Discovery Island fish farms have been contentious too.

In 2020, then-DFO Minister Bernadette Jordan announced that all 19 salmon farms in the Discovery Islands would be closed by June 2022. Since that announcement, the farm companies, MOWI Canada West, Grieg Seafood, Cermaq Canada, and 622335 BC Ltd have all called on Ottawa for a judicial review of the Minister’s decision.

While some of the fish farm companies have created partnerships with coastal First Nations, other nations, such as Tla’amin, see the fish farms as harmful to wild salmon populations.

In the call for a judicial review, Tla’amin and Homalco, in whose territories the Discovery Islands reside, asked to be respondents or intervenors. The Nations were denied both roles – despite appealing this decision.

The debate over the Discovery Island salmon farms is similar to Lois Lake – these farms create hundreds of jobs and are part of an industry that small coastal towns rely on. If the government shuts the farms down without a plan in place for all of those workers, they are impacting the First Nations’ rights who have partnered with the fish farm companies.

However, the other side of the debate is that these Atlantic salmon farms pass on diseases and sea lice to migrating wild Pacific salmon passing through, sometimes killing them before they get to spawn.

In April, the federal court judge shut down DFO’s decision to close the farms by June 2022. As of qathet Living’s deadline, new Minister Joyce Murray has yet to make an announcement about what happens next. 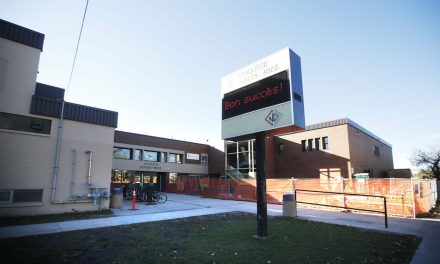