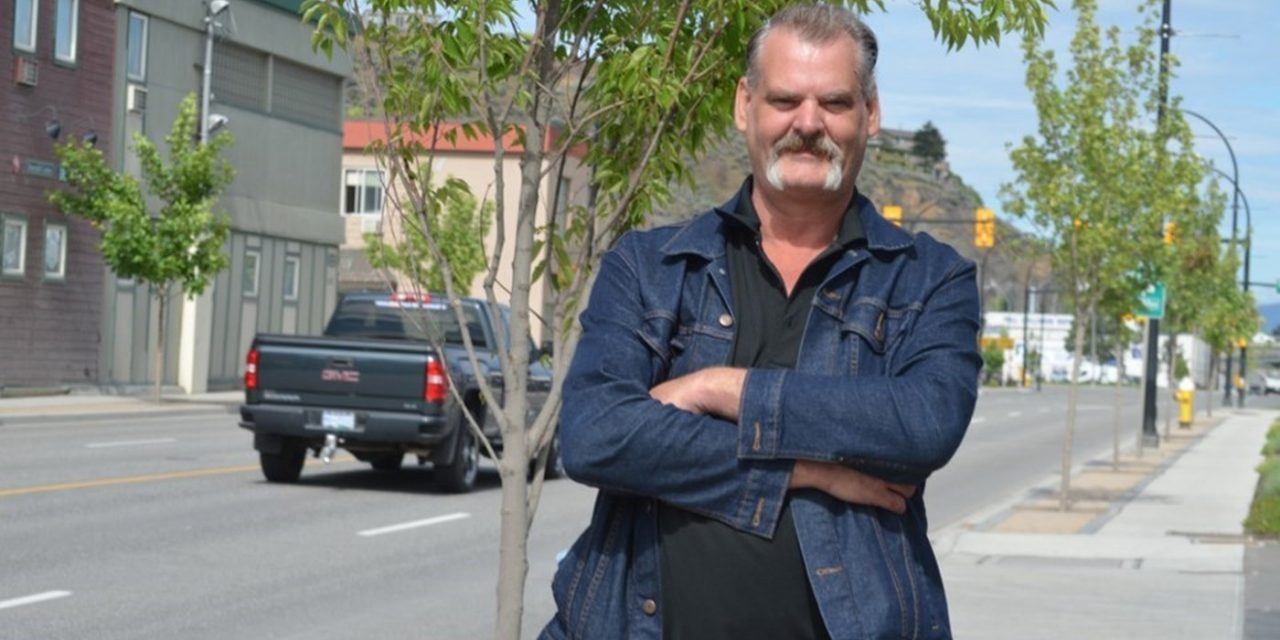 A private security guard captured on video kicking a man who was on the ground has been charged with assault.

Kamloops resident Richard Eldridge, 55, is scheduled to appear in court in November.

On March 17, Kamloops Mounties responded to a report of an assault at the city’s storage facility for the homeless, downtown at First Avenue and Victoria Street West.

At the time, police were told a security guard with Lapper Security had been spat at and pushed by another man, resulting in the guard apparently kicking the man.

When police arrived, they could not find the man who had reportedly been kicked, though they later located him.

Police were later contacted regarding a video taken of the altercation, which showed a man on the ground being kicked.

Const. Crystal Evelyn said the investigation that led to Crown counsel approving the assault charge included reviewing and collecting surveillance footage and speaking with witnesses and others present.

In a June interview with KTW, Eldridge said he was fired and had his security guard licence temporarily suspended by the provincial Ministry of Public Safety and Solicitor General’s Security Programs Division.

Eldridge told KTW he lost his temper, but added that the video didn’t show what led to the altercation.

He said he was trying to move the man, a person he dealt with daily, out of the no-loitering zone at the side of the city’s storage facility fir the homeless, but the man pushed him after he was told to leave. Eldridge said he responded with a knee to the man’s stomach. Eldridge said the man fell to the ground, got back up, continued the argument and spat in his face, leading to what was caught on video.

“I lost it. I don’t like people spitting in my face,” Eldridge said in that June interview, noting he felt he was defending himself when the man spit in his face, though he admitted the knee may have been excessive.

The video, however, ruined his life, Eldridge said, noting he received 20 death threats in a day after it was aired.

After he lost his job, Eldridge said he lost the apartment he was renting, ending up homeless and sleeping in his car along the route he once patrolled.