Freedom Convoy organizer Tamara Lich probably doesn’t think of herself as the “gift that keeps on giving.”

Even so, people hitching themselves one way or another to her coattails just keeps on growing. Early on, it was just journalists. Then came a book author. Then it became police officers, country bumpkin ‘judges,’ award presenters, Ottawa mayor candidates, self-proclaimed keepers of the peace in Ontario small towns, an “integrity commission” of Toronto lawyers, and even a big book store chain.

And still, nowhere to be found is the prime minister of Canada, he who has never met with the protesters. Rest assured, fellow citizens, Justin Trudeau is someplace, posing with the Pope, kneeling with a teddy bear, signing cheques for the oppressed and downtrodden, and getting his hair cut.

The list of mistakes and misdeeds of our federal government is long. Fortunately, last week the Pope was in Canada, rewriting his speeches as complaints mounted he was not going far enough in apologizing. In coming weeks, no doubt the Nova Scotia inquiry into the mass shootings will grab even more headlines than it already has. So far, that inquiry has not quite stuck to ‘Teflon Trudeau.’ It still could.

But what is certain right now, today, is our justice system, a pillar of our society, has gone a wee bit too far in caving to political interests. Interests of their own, and interests of political pressure groups.

It’s been a long time coming. Over and over again, people learn of criminals let loose, or getting lenient sentences despite every indication they will just go out and sin again. Over and over again we hear and read about those who want to “turn their lives around.” Someplace, somewhere, there must be a particular record of all those let go to become law abiding citizens. Canadians deserve to know how that is indeed working out.

Meanwhile, we have a legitimate protester, Tamara Lich, who has no criminal record and appears to all intents a law-abiding and productive member of society, facing upwards of ten years in prison. For what? Honking a horn? Inconveniencing some overpaid civil servants?

And of course, terrifying the prime minister of Canada! Lock her up and throw away the key!

It absolutely boggles the mind just how out of bounds, and out of touch with reality, Central Canadians and elected politicians have become. Not just those elected in Ontario and Quebec mind you. Where the heck are our Alberta members of parliament? Hiding behind Trudy?

The writing is on the wall.

Our justice system was once considered untouchable. Never to be interfered with. Perhaps not completely and absolutely virtuous, but keepers of the Rule of Law which makes this a great country.

After decades of decline, their house is dirty. Beyond being dirty, there appears no realization it needs a cleaning. The clown show of justice for Tamara Lich and all circumstances coming from the Freedom Convoy says it is in fact, going to get worse. 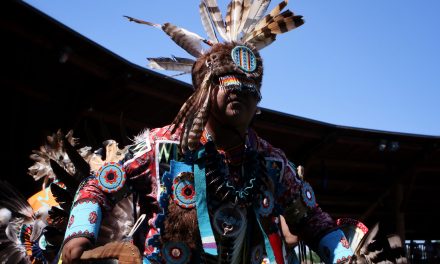 Kamloops BC ‘Kamloopa Powwow’ returns after two-years off 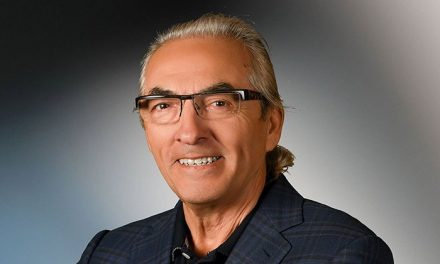 Papal apology will wait until his Turtle Island visit next year: AFN delegate

‘Sign of times?’ cause of $125K more for Alberta airport project