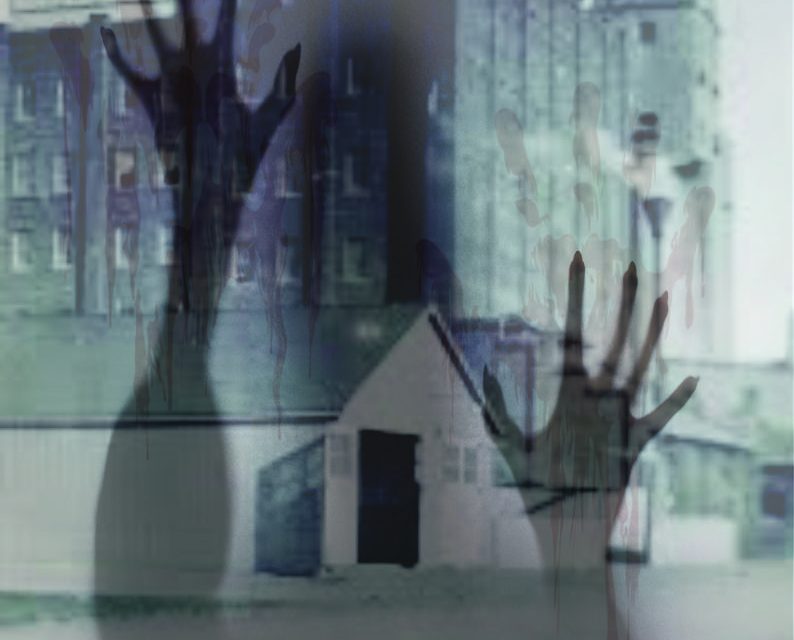 Throughout time, many hands have joined together to build Medicine Hat. Hands holding other hands. Hands working alone. Hands covered in dust, oil, clay, ink and flour, all played their part.

Most hands have done good for this city, but some have been used for more sinister work.

Legend has it, the hands which built one of Medicine Hat’s most notable buildings, the old flour mill on South Railway Street SE, were tainted by the evil deeds they committed.

The mill was originally built in 1906. Only a few years later, tragedy struck when the mill caught fire and burned down. The owners of the mill immediately hired a construction team to rebuild the structure. Monstrous in size for the time, construction on the replacement mill took many days and was often gruelling work. The new building was intricate, crafted with original brickwork, hardwood and wooden beams.

The construction site’s foreman, a reclusive, middle-aged man named Booth, had recently moved to the city. He ensured high-quality craftsmanship but was often criticized for his authoritative rule over the workers. Not much is known about Booth, even his given name has been lost to time. Some say it was David, but no one knows for certain; he allowed no person to become close enough to call him that way.

Booth quickly became infamous for his temper and penchant for cruelty. He drove people away and lived in solitude as a result. The only living souls who interacted with him were the workers on his job site, their hands working alongside his as they built the mill together.

At the same time Booth arrived in the city, young women started to disappear from it. Suspicions naturally turned to Booth, the cold and spiteful outsider. No evidence was ever found to indicate he was behind the disappearances, but hostility towards him grew and by the time construction of the replacement mill was completed in 1916, he was hated by much of the city’s population.

No one’s sure what happened to Booth. Some say he fled the city. Some say he was driven out by a mob. And some people, who are convinced of Booth’s alleged guilt, tell of a rumour that once his job as foreman concluded, he washed his hands of the dust, dirt and flour and used them to take one more life. Those people say Booth, consumed by guilt, never left the mill he had a hand in building. Perhaps he was found there on opening day. Perhaps it is where his soul still resides.

Many individuals who frequent the old mill – now the Silver Buckle Sports Bar – have experienced strange things. Loud noises, footsteps when no one is there, some have even caught glimpses of man in old fashioned dress.

If you dare to brave its halls, visit the Silver Buckle Sports Bar’s Haunted House Oct. 28-31, 7-10 p.m. Admission is $8 per person, or $5 with the donation of a non-perishable food item. Proceeds go to the Medicine Hat & District Food Bank.