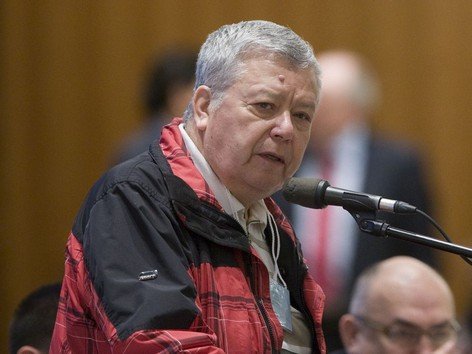 The senate of the Federation of Sovereign Indigenous Nations is digging in its heels on a demand to postpone the organization’s elections days before voters head to the polls.

The senate is backing four would-be candidates for the Oct. 28 elections who say they were arbitrarily kicked off the ballot when officials made a last-minute request about their criminal records. All say there are no records that would stop them from running.

The senate wants the evidence used to dismiss those candidates “identified and documented,” according to a news release.

An FSIN spokeswoman declined to immediately comment and said the organization is reviewing the allegations made in that statement.

In a prepared statement issued on Oct. 12, the FSIN called the candidates’ allegations “baseless” and said they were “exacerbated by members of the FSIN senate.

“The action of these candidates and those members of the senate is an attempt to subvert the resolutions and legislation of the FSIN Chiefs-in-Assembly,” the statement said. The 13 candidates on the ballot provided the required materials, which included criminal record documents, by the deadline. Candidates who were ineligible received notice by registered mail, it added.

The FSIN senate previously called to delay the election until February.

The senate’s most recent statement claimed the “authority to discipline and call to account” any official or high-ranking management member “that may have taken action in ways that called the integrity of FSIN into question and brought dishonour to the organization.”

Senate chair Chuck Thomas said the body’s most recent statement was intended to notify chiefs and voters about its concerns over the election process.

Senator Sol Sanderson, a former FSIN chief, said the organization should accept the senate as a governing body and not just an advisory board. He wants the disqualification of the candidates to be formally addressed with evidence, he said.

“They’re trying to suggest the senate has no political involvement or authority.”

Wallace Fox, a former Onion Lake Cree Nation chief, is one of the hopefuls aiming for a court injunction. Those candidates say election officials sent them messages asking about criminal records hours before the release of the official ballot on Sept. 28.

Fox said he never got a satisfactory answer about why he ended up disqualified from the ballot.

“Why were we not allowed to run as candidates? Why were we disallowed?”