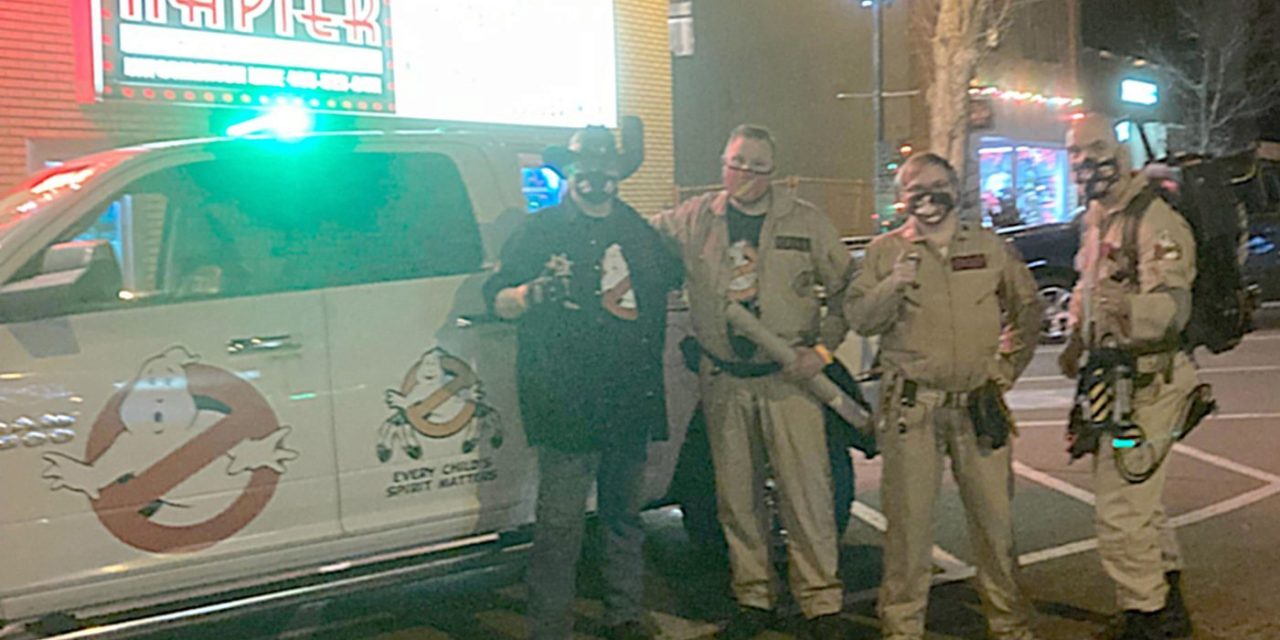 Drumheller has been featured on the big screen multiple times in the past, though the feeling of awe and pride at seeing familiar streets and landmarks in a big-budget Hollywood film remains the same.

Ghostbusters: Afterlife premiered locally at the Napier Theatre on Friday, November 19 and a gala event put on by the Drumheller Economic Development Advisory Committee was held prior to the screening, with members of the Calgary Ghostbusters in attendance.

Mr. Johnston added it was a great weekend for the gala and premiere-coupled with fantastic weather, there were also the Drumheller Festival of Lights, Dragons and Titans games to take in.

Principal photography for the film began mid-July 2019 in Calgary, with shooting on-location in Drumheller and surrounding areas-including Dorothy, Horsethief Canyon, and Bleriot Ferry-along with Fort Macleod beginning shortly thereafter in July and August.

The film was originally set for release in July 2020, however, due to the COVID-19 pandemic, the release was postponed twice-first to March 2021, and then again to November 19-and anticipation has been mounting.

A total of 300 tickets were available, including 90 VIP tickets to the Drumheller Legion’s gala event ahead of the premiere. Tickets went on sale on November 1 and VIP tickets sold out within three days, with regular tickets selling out on November 13.

Among the guests at the gala were some 20 members of the Calgary Ghostbusters, a non-profit cosplay group that volunteers locally within Calgary and fundraises for numerous charities.

To celebrate the release of Ghostbusters: Afterlife the group brought props and replicas of the franchise’s infamous ghost traps and proton packs, and were dressed in their signature cosplays.

Economic Development Advisory Committee Chair Brian Yanish told the Mail all proceeds from ticket sales went directly back to the Drumheller Legion and Napier Theatre; these two businesses were hard hit by the COVID-19 pandemic and played key roles in helping put on the gala and premiere.

This item is reprinted with permission from The Drumheller Mail. See article HERE.