Jasmine Vatamaniuck of Smith, Alberta is a busy young woman. She’s a Grade 11 student at Edwin Parr Composite in Athabasca, works three jobs (one in Athabasca and two in Smith), and somehow still found the time to write and record a record album of 13 songs.

The record is available for purchase “on all platforms,” she says. “And I’m getting CDs made.”

So far, so good. But how did it come about?

Jasmine starts the answer to that question by talking about singing karaoke at Char’s Railway Café in Smith. The owner, Charlette Flemming, liked what she heard and next thing Jasmine knew she was booked to open for country musician Gil Grand when he played in Smith last year. She (Flemming) also “offered to sponsor the album,” Jasmine says. That led to Electric Treehouse Studio in Edmonton, and a collaboration with producer Colin Noel.

Jasmine played guitar and piano on the album, with Noel and other musicians providing lead guitar, bass and drums.

“She’s an impressive young lady,” says Flemming. “She sang duets with Gil Grand, and he comes right out of Nashville.”

Jasmine’s exposure to music in the first place started back in the U.K. where she was born and spent the first few years of her life. Her mother Susan says she had piano lessons when she was little, but there was a period when they lived in Slave Lake and then Smith where there was no keyboard in the home. Then, at age 13 “she asked me to buy her a keyboard, which I did.”

Susan says as far as she knows, Jasmine more or less taught herself how to play, and then started writing songs.

“She is a good singer,” she says. “I just want everyone to know.”

Jasmine says of those early song-writing attempts, “they ended up in the garbage.” But now she’s got 13 she likes, and they are available for checking out on YouTube, and buying online, as noted.

Jasmine says she’ll once again be opening for Gil Grand, when he plays in Smith on July 1. She’d also like to play in Slave Lake, if she gets the chance. 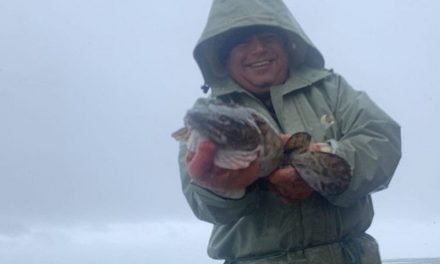 ‘I Want Them to Break Up with Their Drug Dealer’